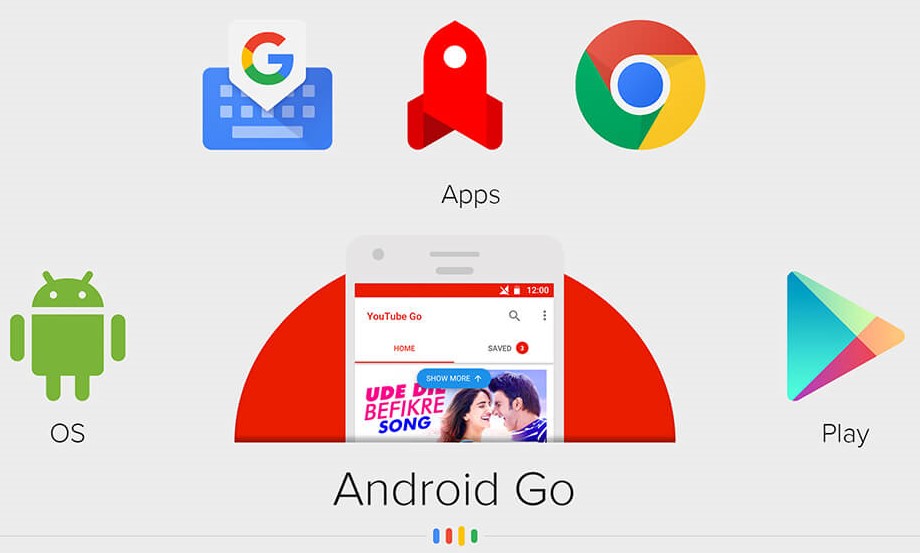 Ever since Google announced their Android Go project last year, they've been hard at work developing applications for it. Android Go is a toned-down, barebones version of Android specifically designed for low-end phones that don't necessarily have a lot of processing power. We're yet to see a device running Android Go, but we can expect manufacturers to pick it up soon. Today, we'll take a look at two apps developed specifically for Android Go: YouTube Go and Gmail Go.

YouTube Go has been in development for a while and has recently received an update. The update keeps the same interface and functionality almost all over the app but brings two new changes. The first and most useful are double-tap to seek controls like the actual YouTube app. Double tapping the left side of the video rewinds 10 seconds, whereas double tapping the right side skips forward 10 seconds. Unlike the main YouTube app, you can't choose the number of seconds skipped forward or back.

The other change prevents previews from being played automatically and relies on a new Preview button which has to manually tapped to load and play the previews.

The light version of Gmail provides nearly the same experience as the regular Gmail app, but the APK size is much smaller at 9MB, and 24MB when installed. The interface looks almost exactly like the same differences with the main Gmail app is that the title bar isn't floating on top of the app and the account picker doesn't display your profile photo and background image, presumably to save data.

Beside multi-select, swipe gestures are still supported in this version, and they will archive/delete a message from the inbox, depending on which one you set. You can also remove the label when in a label view.

Opening an email loads its entire contents, including images, and gives the same options as the regular app would, including reporting as spam, unsubscribing, marking as important, and moving to another label. Even tapping the label icon next to the email's title shows the label selector like in the main app. The settings are also nearly the same, with a few options renamed here and there. Composing a message keeps the options to add contacts from your address book. Gmail Go also has a launcher app shortcut for jumping straight to any of your account inboxes or composing a message.

The Android Go project has a long way to go, considering that only a select few apps have a version optimized for it. We can expect the project to get a lot of impetus, as low-cost devices are in high demand in emerging markets such as India.