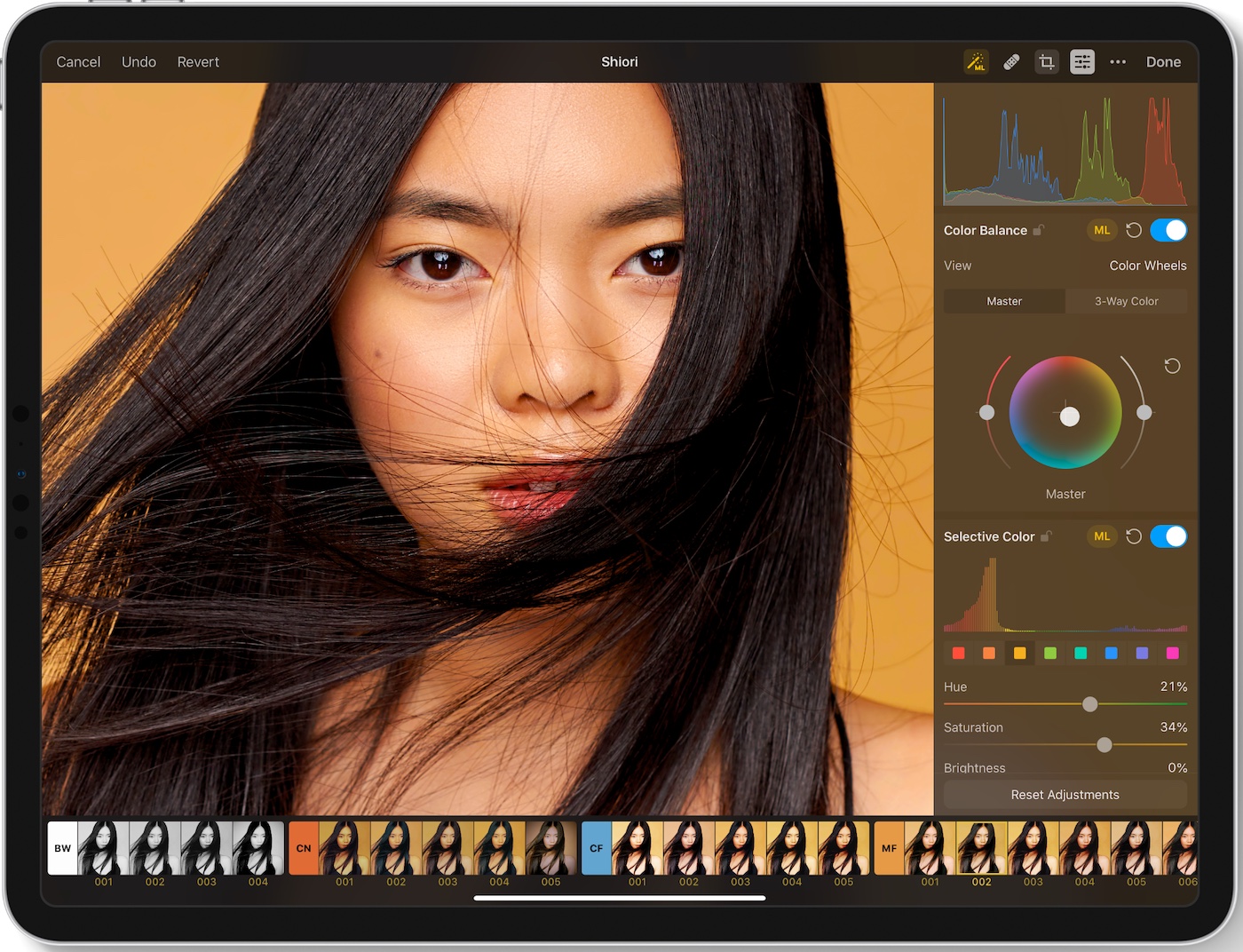 Pixelmator Photo, one of the best Lightroom alternative apps for iPad, has gone free for 24 hours. The app supports nondestructive RAW photo editing, various color tools, filters and presets, which make it a must-have app if you are a photographer with an iPad.

The app is so powerful that it even supports deskto-class batch editing for hundreds of photos at the same time. Along with amazing iPadOS 13 support, Pixelmator Photo takes advantage of machine learning to automatically apply the best lightness, color balance and other adjustments on the fly. The company claims that the machine learning algorithm was trained using 20 million professional photos. Professional users can also set up complex workflows and batch operations to speed up daily tasks.

Pixelmator Photo also has a Repair tool that helps with removing unwanted objects and blemishes from photos.

Here is the changelog for the update version 1.1.2 that was released last week:

• Edits can now be synced between devices automatically (if you choose to save linked Pixelmator Photo files to iCloud).
• Linked files will now always be visible.
• RAW images can now be opened and viewed without importing.
• It is now possible to hide the color adjustment presets.
• When batch editing, the View and Cancel buttons will now be more responsive.
• If you swipe down the batch editing view while images are being processed, the batch editing workflow will be canceled.
• A new Pixelmator Photo album will not be created in your Photos library if one already exists.
• The points in the Curves adjustment will no longer jump to the location you touch when you start dragging.
• The size of the Curves adjustment points has been reduced slightly.
• The previous position of the batch editing view will be restored when reopening it.
• In Pixelmator Photo settings, you can now choose whether to display your albums in a flat list or with nested folders.
• After redefining a color adjustment preset, its thumbnail will be updated.
• When editing an image in your Photos library, if you revert all changes and tap Done, instead of Modify Original, you'll now see a Revert to Original alert.
• Before full images are loaded, placeholder thumbnails in the Photos browser will have the correct aspect ratio whenever possible.
• If you tap Done but choose not to allow Pixelmator Photo to edit the original photo, edits will be discarded.
• Batch editing .PHOTO files in external locations would sometimes cause Pixelmator Photo to stop responding. Fixed.
• When sharing images, the Files view would sometimes disappear after tapping Save Image. Fixed.
• The appearance of the color picker was incorrect in Dark Mode. Fixed.
• In certain cases, the ML buttons were not animated correctly. Fixed.
• Pixelmator Photo would sometimes quit unexpectedly when tapping buttons in the Files browser while an image was being opened. Fixed.