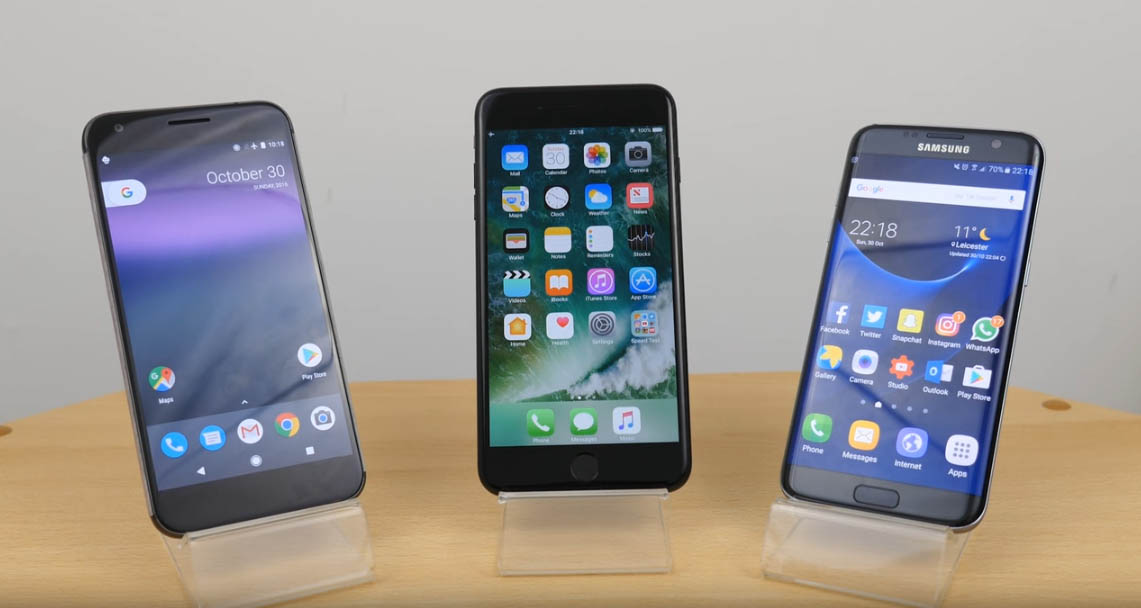 Though Pixel XL, iPhone 7 Plus and Galaxy S7 edge sport large battery capacities thanks to their large screen sizes, their charging times are going to vary quite a bit. A battery charging speed test has been conducted by SuperSaf TV, and we’ll get to know which devices utilizes the least amount of time in getting their batteries charged completely.

Which Smartphone Do You Think Is Going to Win the Battery Speed Charging Test? Watch the Video to Find Out

In order to accurately measure the battery speed charging test, all phones’ battery levels were reduced to 1 percent, with Pixel XL, iPhone 7 Plus and Galaxy S7 edge having their Wi-Fi powered off, and switched to airplane mode in order to get a fair result. To remove the variables of errors even further, the YouTuber used the chargers that were bundled with the devices. Unfortunately, iPhone 7 Plus ships out with a charger that delivers a low amperage, meaning that we’re already fearing which device is going to be placed 3rd.

As the test is carried out, Galaxy S7 edge is the clear winner, despite featuring the largest battery capacity out of all of them; a 3,600mAh cell, compared to the 3,450mAh of Pixel XL and 2,900mAh in iPhone 7 Plus. Galaxy S7 edge also provides support for Qualcomm’s Quick Charge 3.0, which makes it ever easier for the phablet’s owners to speed-charge their devices if they are short on time. One other feature that the phablet possesses is wireless charging, something that both iPhone 7 Plus and Google Pixel do not have sadly.

If you want a higher battery capacity, as well as charge your smartphone in the quickest manner possible, then you can opt for a Galaxy S7 edge. It is perhaps one of the greatest Android smartphones made in 2016 and also features a killer camera sensor as well one of the best handset displays on the planet.

First-Generation Pixel & Pixel XL Start From Only $79.99 [Both Unlocked Models]