Android 10 is yet to make its way to a large chunk of devices, and it'll be a long time before it is as widely adopted as its predecessors. Let's take a moment to talk about its successor; Android 11 (or Android R for the old-fashioned types.) At the moment, we know very little about what Android 11 has in store for us. We'll know more about the upcoming Android version sooner than we think, as a Google Pixel 4 was just spotted on Geekbench running Android 11. 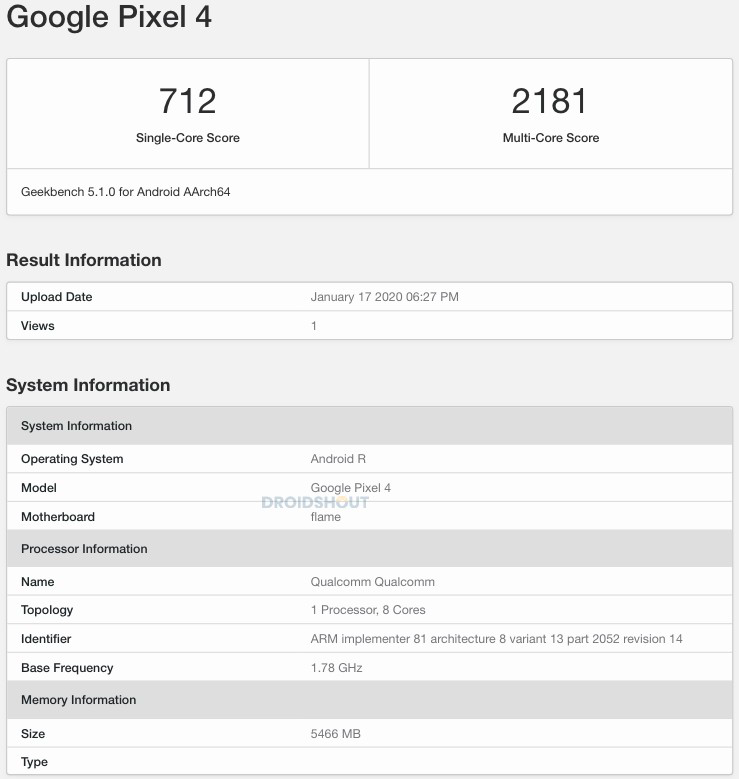 Looking at the actual Geekbench score,  we can confirm that the device in question is a Google Pixel 4, as the numbers check out. There is, at the very least, one early version of Android 11 running on a Pixel 4 someplace. It is some random Google employee taking the software out for a spin.

We know for sure that Android 11 will allow the creation of video files larger than 4GB, making life a lot easier for people who record videos at 4K 60 fps for extended periods of time. It could or could not bring back call recording APIs that'll allow third-party apps to work again. Lastly, there is also a provision in the works that will let you store ID's such as a driver's license digitally on your device. It is supplemented with a 'low power' mode that will power the device long enough for the stored identification to be presented.

However, it's best that we take this listing with a grain of salt. If you have a rooted device and know what properties to chance in Android's 'build.prop' file, you can trick Geekbench into displaying all kinds of outrageous things. It is far too early even for Google to say anything about its upcoming Android version. Usually, we see developer previews surface between April and May before the final release makes its way in September.