It's been a bad year for the Pixel 3. A slew of leaks pretty much unveiled the entirety of the device well before release and Google's lacklustre launch event didn't make things better. Much like its predecessor, the Pixel 3 and XL have had a rough post-launch period. Several users have reported all kinds of bugs with their Google flagship. Just when we thought that the Pixel 3's woes were finally over, a Twitter user's Pixel 3 XL reportedly 'grew' another notch out of nowhere. 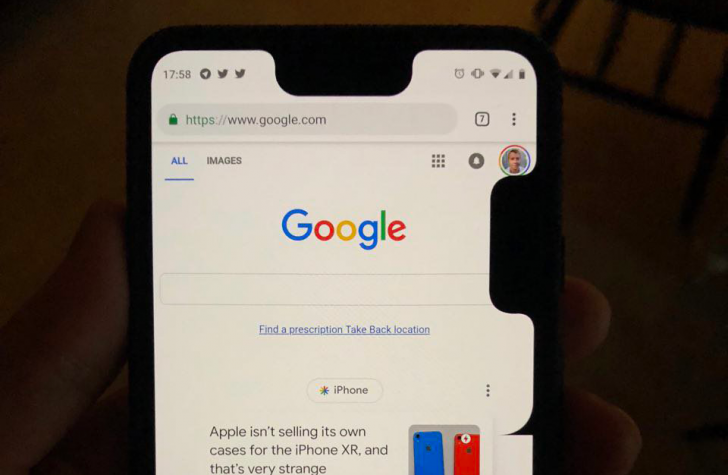 The bug manifests itself when the phone is rotated and used in Landscape mode for a while. It was first reported on Twitter by UrAvgConsumer, and a few others chimed in later stating that they had a similar experience.

So my Pixel randomly grew another notch today. ? https://t.co/c6Pff9MVmW pic.twitter.com/ugjfLmCkDZ

The users reported that the issue went away after a restart or fiddling with the developer settings, so at least it's not a permanent problem. Not too many people are excited about the notched Pixel 3, to begin with, so we're not entirely sure how the random appearance of a second one is expected to make things better. Surely both the notches are meant to cancel each other out, right? Right?