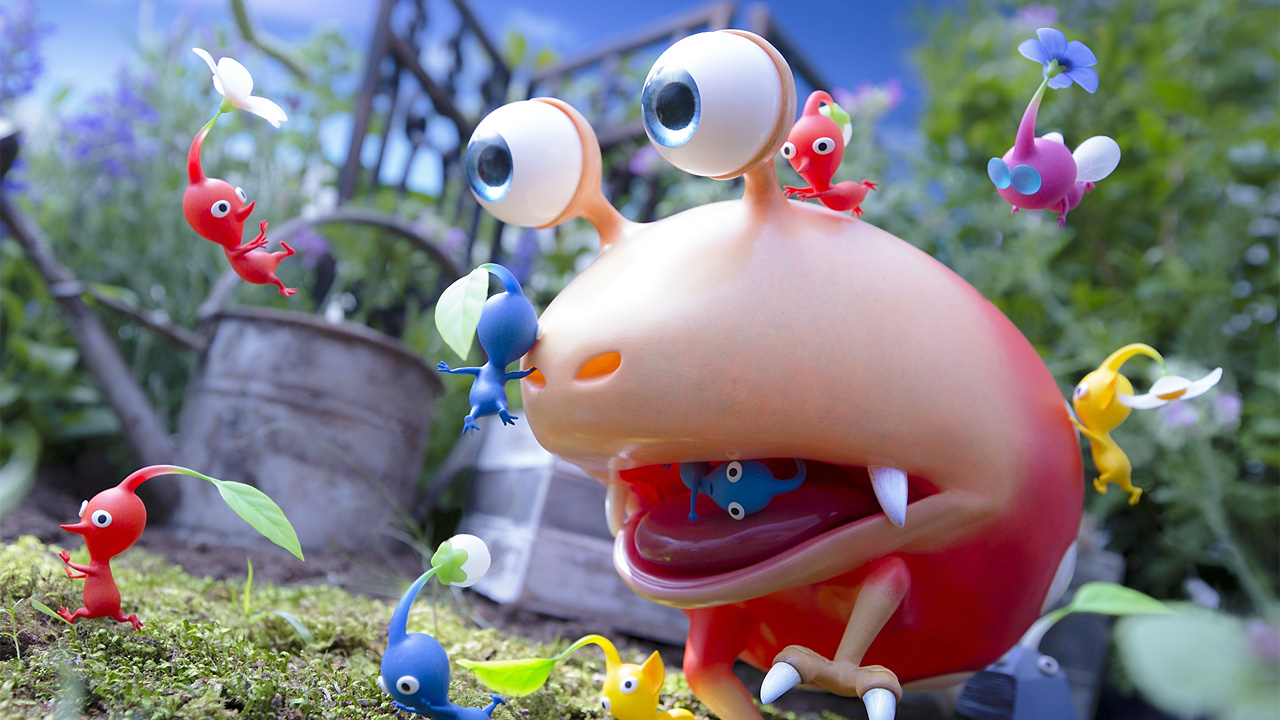 Pikmin 3 was, in my opinion, the best reason to own a Wii U and perhaps Nintendo's most underappreciated game of the past decade. A wider audience will get to try out the game later this month when Pikmin 3 Deluxe hits the Switch, but the question remains, will the game be worth it for the few that already enjoyed the Wii U original? Well, Nintendo just showed off over 40 minutes of Pikmin 3 Deluxe gameplay during their most recent Treehouse livestream, and it seems the answer is yes! You can check out the full video, below.

The early minutes of the video are mostly just a basic introduction to Pikmin 3, but later on we get to see the game’s new split-screen co-op and Piklopedia. Ultimately though, the biggest thing we see are the new Side Stories. These missions can be accessed directly from the main menu and take place within the same areas as the main campaign, so they’re not entirely new content, but they feature different objectives, fruit, and enemy layouts. Most importantly, there looks to be a good number of them – it seems there’s two full series of side stories, one starring Olimar and Louie, and another represented by an icon featuring something crashing to earth.

We see the Treehouse guys take on the fourth “Olimar’s Assignment” mission, which takes place in the Frozen Tundra, which is only the second area in Pikmin 3. That indicates to me that we’ll likely be getting multiple side missions for each stage. So yeah, it seems like Pikmin 3 vets will be getting a solid slate of new challenges to tackle. Oh, and there’s also the new “Ultra-Spicy” difficulty setting to take on, which will limit players to only 60 Pikmin in the field at any one time.

Still not convinced? Nintendo has announced a Pikmin 3 Deluxe demo will be available…today! Progress carries over to the full version of the game, so get started on your adventure now.

A demo for #Pikmin 3 Deluxe will be available this evening on Nintendo #eShop! The demo version features save-data transfer with the full game! Completing it also gives immediate access to the Ultra-Spicy difficulty mode in the full game, and other perks! pic.twitter.com/rFs5iKSNmC