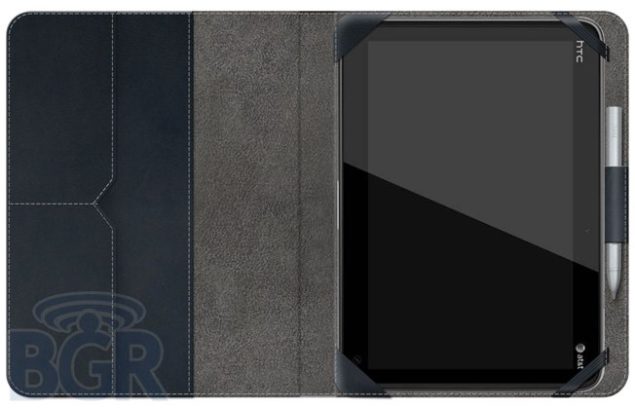 The HTC Puccini was first spotted passing through FCC. Now BGR has revealed leaked pictures of the 10.1" 1200x 800  WXGA tablet which is the big brother to HTC's Flyer. Based on Honeycomb, the tablet mentioned here, is with AT&T branding as you can see on the top right of the screen with an LTE 4G radio. Other than that, official specifications haven't been revealed yet, though it will probably have a 1.5Ghz dual core processor. The tablet also supports stylus input which is quite obvious from the picture above.

Other than that, the tablet will have an 8MP dual flash camera, a microphone and stereo speakers. The specifications are definitely what you'd expect from a modern tablet and the Puccini should shape up to be a good competitor in the tablet market. Sadly no word on the pricing or launch date yet though hopefully it should launch sometime in 2011.