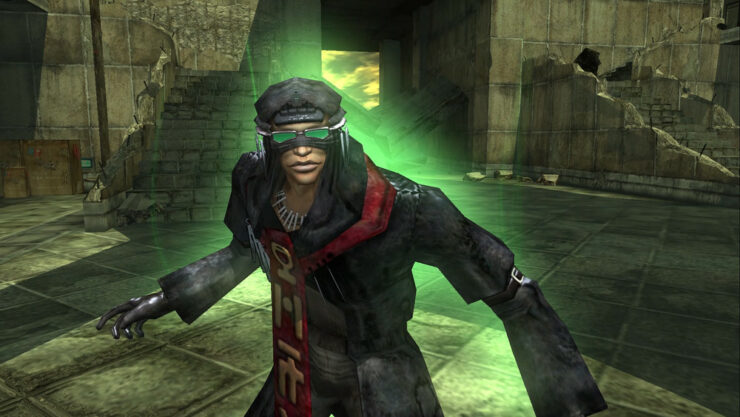 The upcoming Phantom Dust HD remaster for both Windows 10 PC and Xbox One, has received its first gameplay footage.

Courtesy of Polygon, the footage includes 19 minutes of exclusive gameplay from the remastered Xbox game. Check out the footage below:

“The biggest thing is moving [Phantom Dust] to 16:9 and moving to native resolution”, Isgreen told Polygon. “So what that basically means is that if you’re playing on Xbox One, you’re running at 1080p so the game is going to render at 1080p; if you’re on a PC and you’re playing at 4K resolution, the game will render its assets at 4K,” he said. “So basically, if you put it in a window, the resolution will be the window size. So we’ve been able to actually take full advantage of whatever you’re playing on and render Phantom Dust correctly at that resolution.”

“Phantom Dust” is a unique blend of third-person arena combat and collectable card game, in which both fast reflexes and clever thinking matter. Collect over 300 unique abilities and build your arsenal of powers, taking them into battle with up to three other opponents. You’ll compete in highly-destructible arenas—in teams or alone—and unleash a wide array of powers and tactics, including orbital particle cannons, flaming swords, barriers of ice, flight, cloaking, attack reflection, and even mind-reading abilities.

New Features for Xbox One and Windows 10 PC:

An actual release date for Phantom Dust HD hasn’t been announced, back Xbox’s Phil Spencer stated that the title might very well release before this year’s E3 event in June.