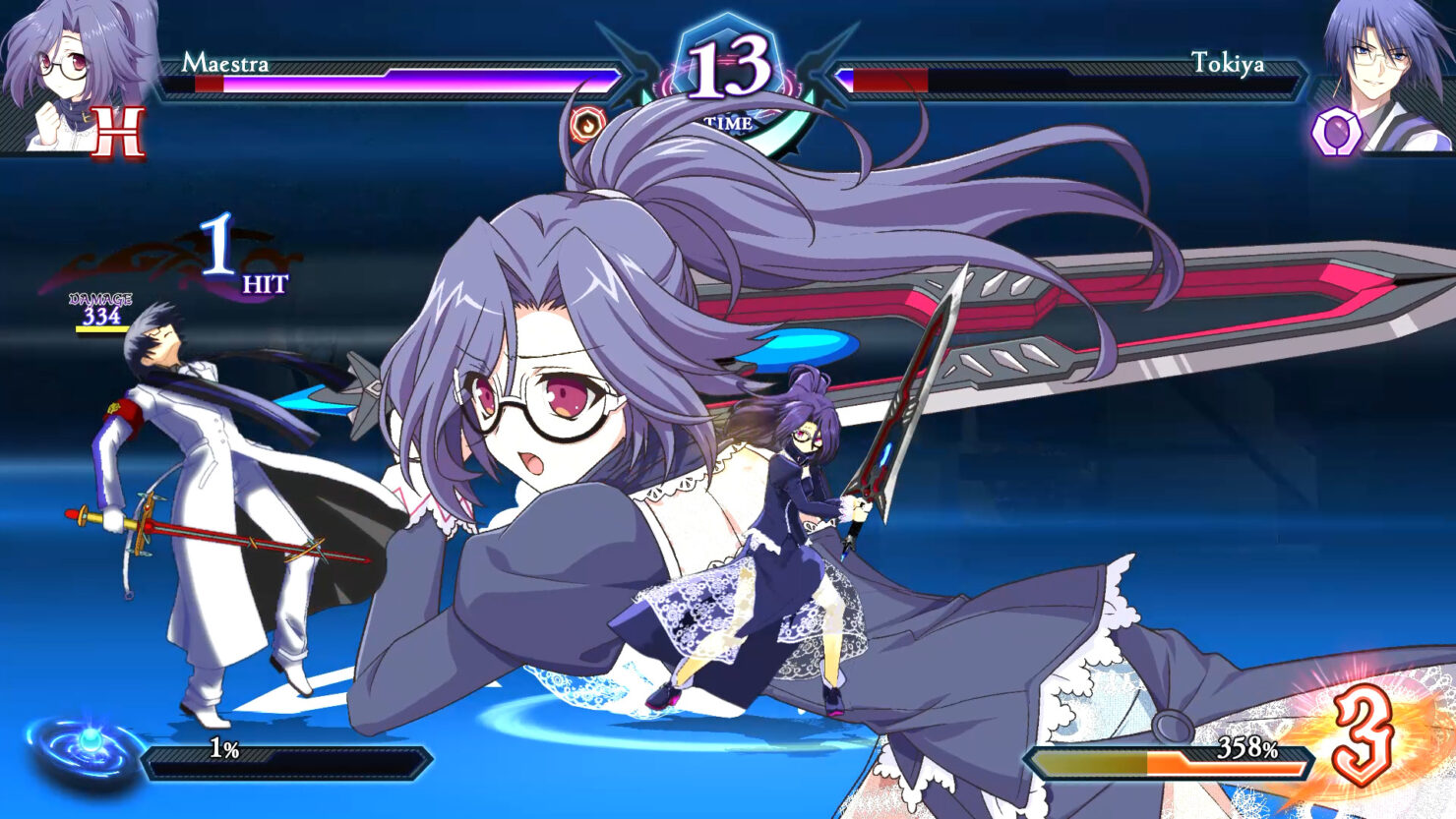 Phantom Breaker Omnia has been rather below the radar since its release date trailer from nearly two months ago. For those unaware, the game is a fighting game made to rebuild the original arcade version of Phantom Breaker and realize it for modern-day consoles and PCs and will be released relatively soon.

With that said, no game is complete with its full roster, and developer MAGES is revealing the final two characters for the game’s launch roster, being Maestra, and Artifactor. Both characters will round the game’s roster out to about 20 at launch, a modest number, not too small, like Street Fighter V’s launch, nor is it absolutely massive like Smash Ultimate’s roster of 70 at launch.

Maestra and Artifactor come with a brand-new gameplay trailer, and you can watch that below.

From the looks of it, Maestra’s gameplay style looks to be a rushdown-oriented character with mid-range normals thanks to the sword she carries. Her damage looks to be average, but then again, the trailer is meant to show what she can do on a fundamental level, not an optimal one.

Artifactor, on the other hand, is more of a mid-to-long range spacer, pelting the opposition with projectiles, akin to how Nu-13 in BlazBlue would play. Up close, though, Artifactor is meant to just push the opponent into the range that she likes to play from, and has almost nothing else on that front.

Both of these characters are to be included in the game’s base roster, along with 18 other returning characters from the arcade version. We’ll continue to update if more mechanics or new changes are arriving at the game before release. Phantom Breaker: Omnia will be released on March 15th, 2022, on PlayStation 4, Xbox One, Nintendo Switch, and PC via Steam.

In fighting game-related news, KOF XV's DLC roadmap has been revealed. The first two teams will be focused on characters from Fatal Fury and Garou: Mark of the Wolves. It's expected that the new content will be available across the year.