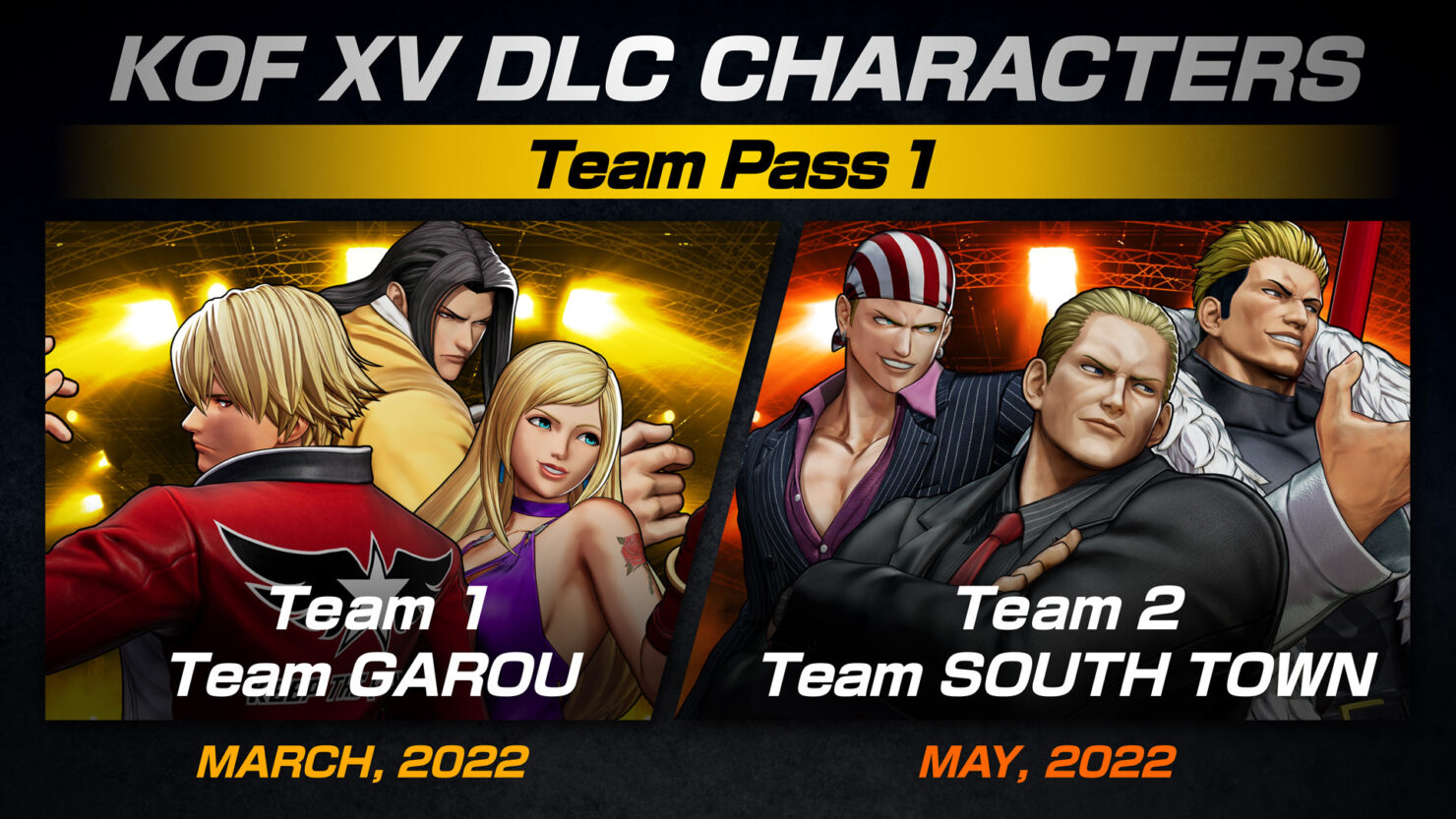 The King of Fighters XV draws ever closer, and the roster looks to be about complete on the base game, with 39 characters available for players to play, make teams with, and fight their friends with. We’re a little over two weeks away from SNK’s next big fighting game hitting the market. KOF XV looks like it's going to remain a solid title on release.

There’s one question about the game, though; and that’s “How is the game going to approach DLC and future content?” Well, that question was answered late last night, with the confirmation of the first two DLC teams, out of four. Those teams are centered on past games Garou: Mark of the Wolves, and Fatal Fury.

The first features three characters from the nearly-forgotten (to SNK) game Garou: Mark of the Wolves, a game taking place after the events of the first Fatal Fury. Rock Howard leads the team, and is joined by two characters last seen in The King of Fighters XI, with B. Jenet and Gato. The team has a full trailer dedicated to them, and you can watch that below.

The second DLC team focuses on bosses and sub-bosses in the Fatal Fury series. Dubbed Team South Town, this team is led by iconic SNK villain Geese Howard, and he’s joined by Billy Kane, a recurring sub-boss in Fatal Fury, and Ryuji Yamazaki, a character who made his debut in Fatal Fury 3 but is more known for his time in KOF. Their renders are shown at the end of the Team Garou trailer, and a gameplay trailer will be out presumably closer to their release.

Speaking of release dates, we have those for all four DLC packs. Team Garou will be released somewhere in March, a month after release, Team South Town will join The King of Fighters XV in May, DLC Team 3 (who’s currently unannounced) will be added in the Summer of 2022, and DLC Team 4 will round out the game’s DLC in Autumn.

KOF XV will be released on February 17th, 2022, on PlayStation 5, PlayStation 4, Xbox Series, and PC via Steam, the Windows 10 Store, and the Epic Games Store.