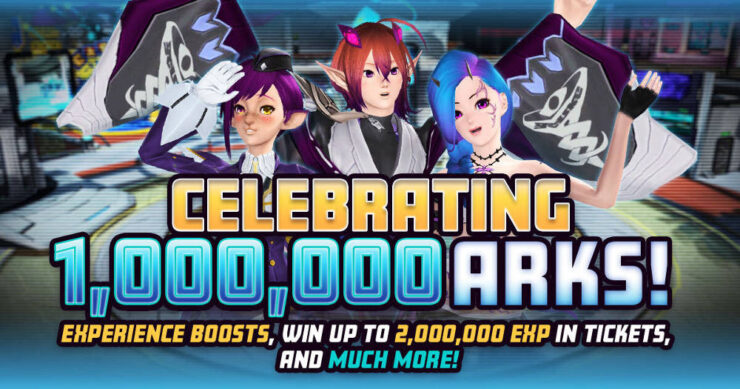 Since the launch of Phantasy Star Online 2’s Global release, more than one million players have registered to play SEGA’s futuristic MMORPG on both Xbox One and PC across 35 (including the United States of America) nations and territories. To celebrate the milestone achievement, SEGA will be hosting a One Million ARKS Celebration for the next week to give players a boost in EXP and Rare Drops, among other special festivities.

To celebrate the achievement, SEGA is hosting the "One Million ARKS Celebration" in the game. Activities begin today and run until Aug. 26th. For a limited time, EXP, Rare Drop, and Rare Enemy Spawn Rates will all be increased +100%! What's more, all players will have the opportunity to receive up to 2 Million EXP through EXP Tickets. And players who log in for more than five days during the event period will be entered into a drawing to win 10,000 AC, 1,000 SG, or 10 AC Scratch Tickets. There will be 100 randomly selected winners for each prize.

At the same time, SEGA is running a Persona-themed collaboration to earn costumes, hair styles, paint, accessories, room items, music and more from the third, fourth and fifth Persona titles in the AC Scratch Ticket collection. Players will be able to use the winnings from the One Million ARKS Celebration to purchase Scratch Tickets in the Persona collaboration.

SEGA promises more surprises to come for ARKS in 2020 ahead of the launch of PSO2: New Genesis currently scheduled for release some time in 2021.