Bethesda’s Pete Hines Defends Wolfenstein II’s Anti-Nazi Approach; “Not Worried About Being on The Right Side of History Here” 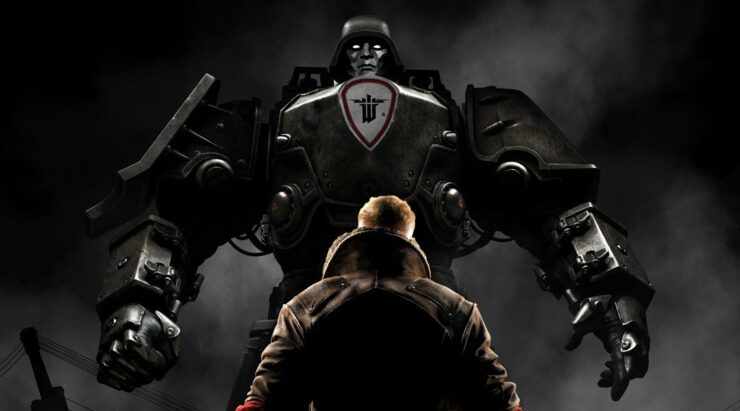 The marketing campaign for Wolfenstein II has been quite controversial with the latest trailer for the upcoming game containing a “make America Nazi-free again” message, and the publisher having established the #NoMoreNazis hashtag on Twitter.

Given the recent events in America, Bethesda’s marketing approach has been quite direct and striking, but according to Hines, Wolfenstein has always been an anti-nazi series, and the publisher isn’t going to shy away from what the series is about.

"Wolfenstein has been a decidedly anti-Nazi series since the first release more than 20 years ago”, Bethesda’s VP told GamesIndustry.biz. “We aren't going to shy away from what the game is about. We don't feel it's a reach for us to say Nazis are bad and un-American, and we're not worried about being on the right side of history here."

"This is what our game is about," he added. "It's what this franchise has always been about. We aren't afraid to embrace what BJ stands for and what Wolfenstein represents. When it comes to Nazis, you can put us down in the 'against' column."

According to Hines, Bethesda doesn’t make games to express specific political statements, and he finds it disturbing that some are considering this to be the case.

"At the time none of us expected that the game would be seen as a comment on current issues, but here we are," Hines says. "Bethesda doesn't develop games to make specific statements or incite political discussions. We make games that we think are fun, meaningful, and immersive for a mature audience.

"In Wolfenstein's case, it's pure coincidence that Nazis are marching in the streets of America this year. And it's disturbing that the game can be considered a controversial political statement at all."

Hines says to be aware of the fact that the game’s explicit marketing campaign might exclude certain customers from purchasing and playing the game, but believes that those are against the anti-nazi statement won’t be interested in playing the title anyway.

"We can't speak to what other publishers choose to do and say with their games," he says. "As we've said many times before, fighting Nazis has been the core of Wolfenstein games for decades, and it isn't really debatable that Nazis are, as Henry Jones Sr. said, 'the slime of humanity.' Certainly there's a risk of alienating some customers, but to be honest, people who are against freeing the world from the hate and murder of a Nazi regime probably aren't interested in playing Wolfenstein."

Wolfenstein II: The New Colossus is scheduled for a release later this month on October 27 for PC, Xbox One, and PlayStation 4. How do you feel about Bethesda’s marketing campaign for the title? Do you agree with Hines? Hit the comments below.

Bethesda’s Pete Hines on Streaming: Tremendous Potential, But It Won’t Be the End of Consoles or PC