Dev: PC GPUs Outplaying PS4 GPU Doesn’t Matter – The Last of Us Shows How Hardware Can be Best Utilized

The latest video game consoles are apparently the basic reason behind the fact that gamers are now more vigilant about the technical offerings of their living room console, and the resolution and frame rate at which it handles the latest video game titles. However, it looks like video game developers think that visual quality of a game depends more on optimization than on hardware, as the developer of Ether One, which is an upcoming PS4 game, recently said that PC GPUs will always outperform Sony's PS4 GPU at some point, but that matters little, for The Last of Us running on PS3 is an example of how you can still get the most out of a system by cleverly utilizing its every part. 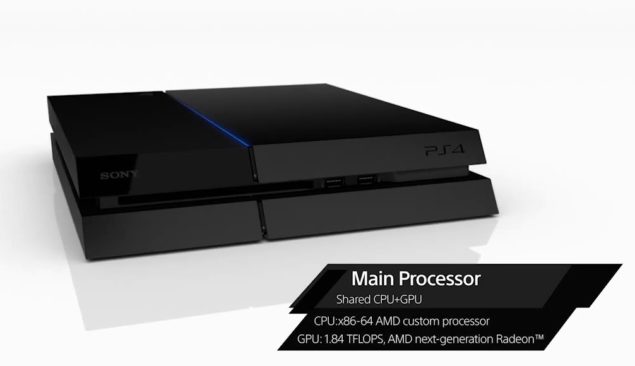 PC GPUs Will Customarily Outplay PS4 GPU At Some Point - The Last of Us on PS3 Shows How Hardware Power Can Be Best Put to Use, Says Ether One Dev

Often in all the debates and discussions about the technical offerings of the latest video game consoles, their ability to handle native 1080p resolution and 60 frames per second, and their spot in the race against PC platform that is continuously evolving, the effectiveness of optimization is not much discussed. It is pretty much of a fact that PC will always beat the latest consoles with constantly upgraded and improved hardware, but that doesn’t mean consoles can’t offer more compelling and advanced video games than PC.

It looks like White Paper Game’s Pete Bottomley, who is currently working on first-person adventure game known as Ether One for PS4, is also of the view that video game consoles can always offer more if their hardware is cleverly utilized. Taking to Gamingbolt about the Sony's PS4 GPU and whether it can go up against high-end PC GPUs, Bottomley said that PC will customarily always have the upper hand, but making console hardware more effective and comparable depends on how developers utilize it. Naughty Dog’s The Last of Us on PS3 is an example of how much a console can offer if it is put to use in a rightful way. He stated:

“I honestly don’t know too much about the hardware side of things. My guess would be that since GPU’s are constantly being released and updated for PC’s, it’s only natural that they will outperform a PS4 at some point. I don’t think that really matters though.”

“If you look at what Naughty Dog did with The Last of Us at the end of the PS3 generation it goes to show just how much you can squeeze out of a system with very clever people on your team!”

What do you think about the PS4 GPU going up against powerful PC GPUs using proper optimization in terms of video game graphics and textures? Share your thoughts in the comments section below.