Payday 2 Making its Way to Mobile, Starbreeze is Investing in Mobile

Last night Starbreeze Studios announced a number of exciting things, with one of the most curious is that they want to bring their iconic Payday series to mobile devices. 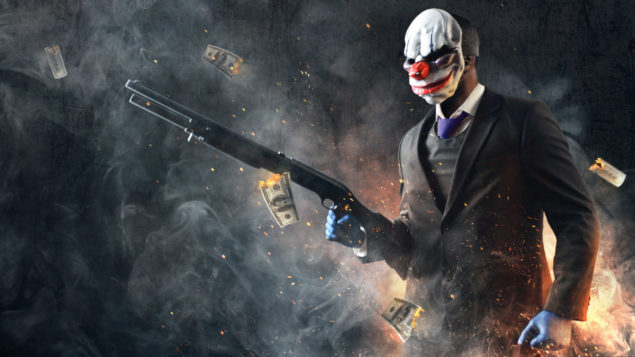 Starbreeze Studios has invested $1.4 million for a 6.3% stake in Cmune in order to ensure their franchise and Payday 2 are able to get the proper support in order to bring quality mobile games to market. While no concrete details were covered about how they want to handle the mobile transition, we do know that they want to ensure that there are still competitive options available to players.

“We see a huge opportunity in the marriage of first class IP like PAYDAY and mobile. There’s a market hungry for a fresh take on FPS in both the east and west, which we plan to capture.”

Porting, or bringing the franchise to mobile as a completely new game, is going to be interesting. The idea of porting as the means to introduce the franchise makes little sense, unless they're targeting NVIDIA's Shield device, or those geared towards gaming specifically. FPS on mobile isn't quite as compelling as it is on console or PC, it's not nearly as much fun and touch controls are usually lacking or quite frustrating to use.

This could of course mean a completely new take on the franchise, but the hope is to not cheapen the experience. Despite the gratuitous gore and violence, Payday 2 is a surprisingly deep game. And it's unnervingly fun and entertaining, so the mobile portion of the franchise has some very big shoes to fill.

If you're curious about what it's like to go on a crime spree but want to keep those activities contained in a virtual environment, Steam currently has Payday 2 for $8.99 as part of their Summer Sale.