Paragon PS4 Testing To Begin Soon; Devs Stress The Game Is Not Pay To Win 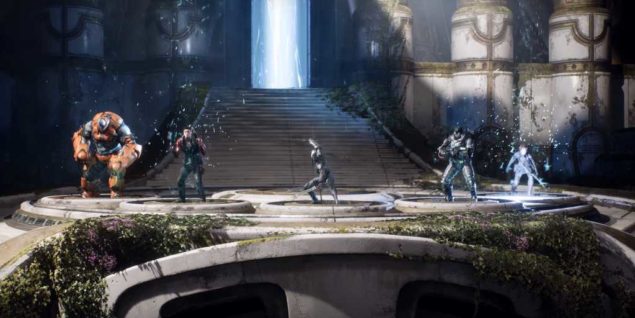 Many developers have been regularly active on the game's subreddit and yesterday it was announced that PlayStation 4 testing would begin soon. In the meantime, the Online Test 3 (OT3) on PC will take place this weekend with everyone who already participated in the previous tests and 20K new players; if you are invited, remember that the NDA (Non-Disclosure Agreement) is still active, meaning that you can't share anything about your testing experience publicly.

A couple of days back, Creative Director Steve Superville also posted in order to clarify some aspects of the card system. He was also adamant to say that Paragon won't be "pay to win" at all.

This game is not going to be pay to win. Cards are earned through play.
There are tons of cards coming that are interesting / not just pure stats!
The core idea behind the card system is indeed a customizable item shop that contributed to individual and team strategy.
We are already planning to let you craft whichever card you happen to desire, stay tuned for more details on that system.
There are many things about the cards that are not set in stone... among these:
How many cards we will have (probably hundreds)
How exactly they will be unlocked (going to try a few different things)
How many cards will be allowed in a deck (enough for a core build + some flexibility)
How much cards as opposed to leveling-up in game affect player power... this is a slider that we've moved many times during development
This game is not going to be pay to win!!

The game is early, and we have a lot of work to do still. We realize that the card system is somewhat controversial, but I think we can get it to a place that rewards player time and creativity!

Paragon will feature PC/PS4 crossplay and we already know that it will allow PS4 gamers to use keyboard&mouse if they so wish; Epic is also targeting 60FPS for the PS4 version.