Paragon, Epic Games’ multiplayer online battle arena – otherwise known as MOBA – game, went live via Early Access on PC and PlayStation 4 yesterday for those who had already purchased the game’s Founder’s Pack, which comes in three flavors depending on the amount of content you get and ranges from $20 to $100. If you are interested in playing the game, check out the minimum and recommended PC system specifications that you will need to run it. 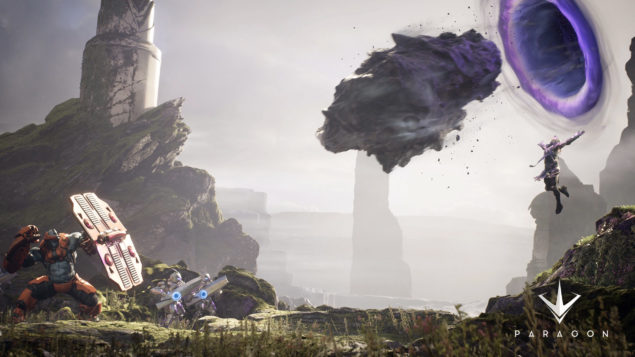 If you have played games like League of Legends and Dota 2, you will easily find your way around Epic Games’ Paragon. The game is a MOBA, however, unlike the aforementioned games, the upcoming title offers third-person view to players and is presented much like traditional action games, so gameplay experience is apparently better and immersive than games like Smite. The early access period for the game kicked off yesterday, and if you are interested in trying it out, here’s the hardware that Epic says your PC should be powered by to run it.

The early access period that is currently open for players will be followed by an open beta for the game in summer season. If your rig doesn’t meet even the minimum PC system requirements, Epic recommends that you skip the early access release at this time and “check back later as we complete more optimizations and improvements for lower machines.” In case you were wondering, all progress that you make during early access version of the game will not be wiped.

Epic has also provided a “list of tested graphics cards,” showing the average frames per second they deliver at across the games' epic, high, medium, and low settings. Starting from the GeForce GTX 980 Ti, which maintains average 87fps on “epic” setting, all the way down to the GeForce GT 540M, which renders the upcoming action real-time strategy game unplayable even on the “low” setting with 12fps.