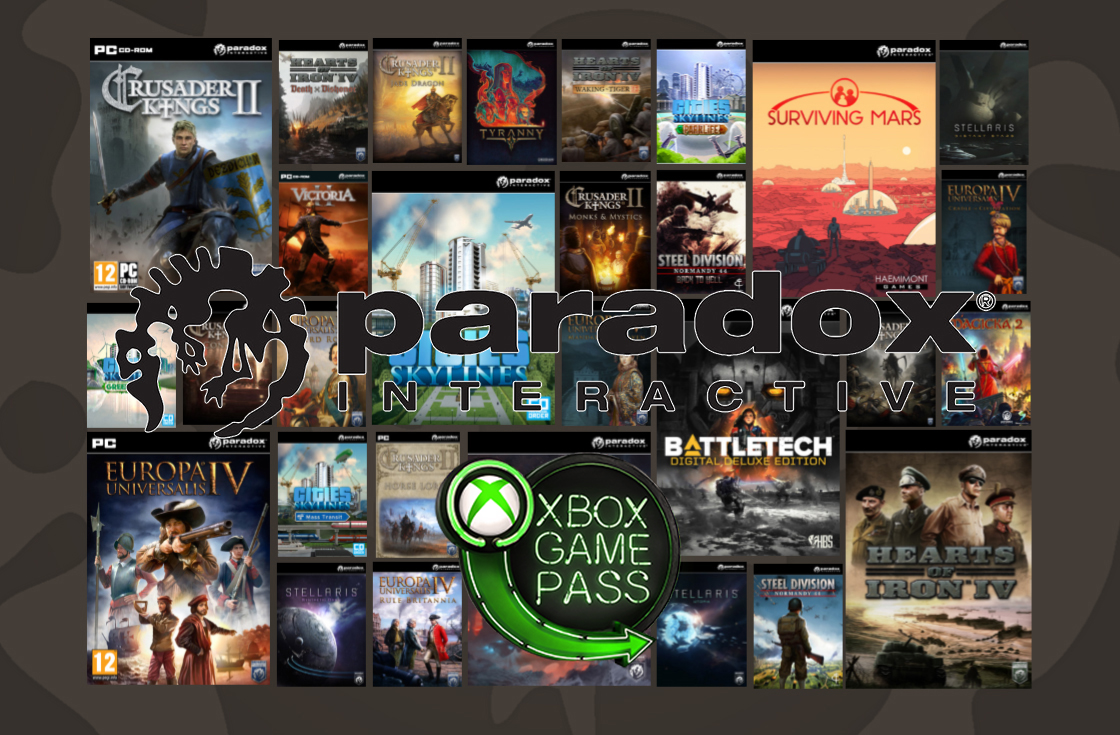 Yesterday it was revealed that Microsoft is finally bringing Xbox Game Pass to the PC. This is a move design to show the companies true push towards the format after quite a few failed attempts in the past, such as pushing Games for Windows LIVE, the Windows Store and more. If anything, following the release of their recent titles on PC as well as Xbox, the upgraded Xbox game bar and the reveal of the Xbox Game Pass for PC, this time I could honestly see Microsoft making PC gaming a successful push for the company.

What also helps is that not only do Microsoft have their own first party titles to put into the Xbox Game Pass, as well as those games they already have deals with that may possibly extend to multiple platforms (so, for example, the pass covers the Xbox and PC versions), they now have a wealth of other companies to reach out to, ones that don't traditionally release on consoles. The first fairly large name to jump into this is Paradox Interactive.

All Paradox Interactive have to say regarding this is this simple statement:

Xbox Game Pass for PC will launch in select markets, with titles from Paradox Interactive included on day one.

There is no mention of which titles Paradox will include, but were I to hazard a guess I would say that Cities: Skylines, as it's already on the console version of the pass, is a certainty. As for PC only titles, the wealth of Paradox's backlog with titles like Crusader Kings II, Hearts of Iron IV and Europa Universalis IV. These titles are particular noteworthy ones as they are sustained primarily through added content and have a host of DLC that, should people try them out through the pass and enjoy them, could significantly benefit the company through reach and DLC sales.

Everybody will be able to find out exactly which games are coming on the 9th of June at Microsoft's Xbox E3 2019 briefing. Should the list of games be significant enough, I could certainly see myself taking the plunge into getting the Xbox Game Pass.

You can also reveal the full, original, announcement of the pass coming to PC here on Xbox Wire.