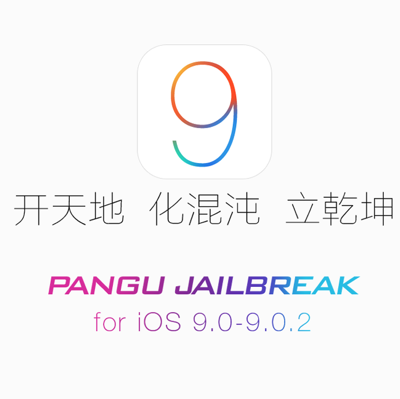 Moreover, the aforesaid Pangu tool is still available for Windows and the Mac OS X version will arrive shortly. However, you can use Pangu's tool on a Mac if you install Windows on a virtual machine using an app such as Parallels.

Let's dive in to see some more details on Pangu's updated version for the Pangu 9 tool and what new additives are part of the new version.

One thing that should be remembered is that users should not jailbreak all over again if their iOS device is already jailbroken. Older users can just navigate to Cydia and update the two packages to the latest version, ''Pangu 9.0.x Untether'' and ''Patcyh''. New users who want to jailbreak their devices can use the latest Pangu 9 1.2.0.

If you are interested in the new update, download Pangu 9 version 1.2.0 from this link. Once you have downloaded Pangu 9's updated tool for Windows, you may proceed to begin jailbreaking your iOS device running iOS 9 - 9.0.2. Below are our tutorials for jailbreaking using Pangu 9.

If you are wondering about the changes made in the new Pangu 9 update, we have shared the entire changelog. Do take a glance and see if the changes suit your needs or whether you have encountered an issue like the one referred to.

Apple released iOS 9.1 last week with 150+ new emojis and support for the iPad Pro, Apple TV 2015 and bug fixes. The update patched vulnerabilities responsible for the Pangu 9 jailbreak. It is important to note that Apple is still signing iOS 9.0.2, which means iOS 9.1 users still have the availability to downgrade their devices to iOS 9.0.2 from 9.1, in case you want to jailbreak using Pangu 9.

This is it for now, folks. Upgrade to Oangu 9's new version 1.2.0 and let us know in the comments if you see any major improvement.