Overwatch, the popular new game developed by Blizzard now available on PC and consoles, is going to get some new heroes in the future, and the team started teasing one of them last week, with a tweet hinting at some of the unique traits of this new hero. Today, a new leak confirmed the identity of this new hero.

The new Overwatch hero, which should be officially revealed during this years' San Diego Comic Con, is Sombra, as some have speculated in the past few days. The character's appearance has been showcased on Youku, as discovered by reddit user bdsqlsz and you can check out the small image right below. 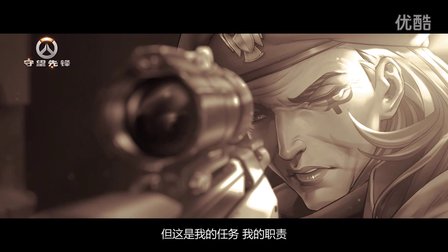 As already mentioned, Blizzard has teased this new hero last week with an image which actually gave plenty of hints about this mysterious hero. With the character's identity now out, it will be interesting to see if Blizzard will say something on the matter before the hero's official reveal coming next week.

Last week, Overwatch received a new patch, the 1.05.1B patch, which introduced plenty of fixes and tweaks for heroes, Competitive Play and more.

The duration of Sudden Death has been adjusted across all maps from 1m45s to the following values:

Note: Sudden Death duration is unchanged for Hollywood, which remains at 1m45s

[PC Only] Fixed a bug that caused the “Top 500” icon to incorrectly display for certain players in various places throughout the game UI
Fixed a bug that sometimes caused players’ Skill Rating to display as “64” during placement matches
Fixed an issue where if you left and rejoined an in-progress Competitive Play match, the game would still track the match as a loss in your placement match history and when determining the amount of Skill Rating you receive for completing a match even if your team won
Note: You must be present for the conclusion of the match to be eligible for the win. If you leave a match and do not rejoin before it’s over, it will count as a loss both in your placement match history and when calculating your Skill Rating adjustment.
Fixed an issue where you would still receive a Competitive Play “leave” penalty even if you rejoined a match and completed it

Overwatch is now available on PC, PlayStation 4 and Xbox One.