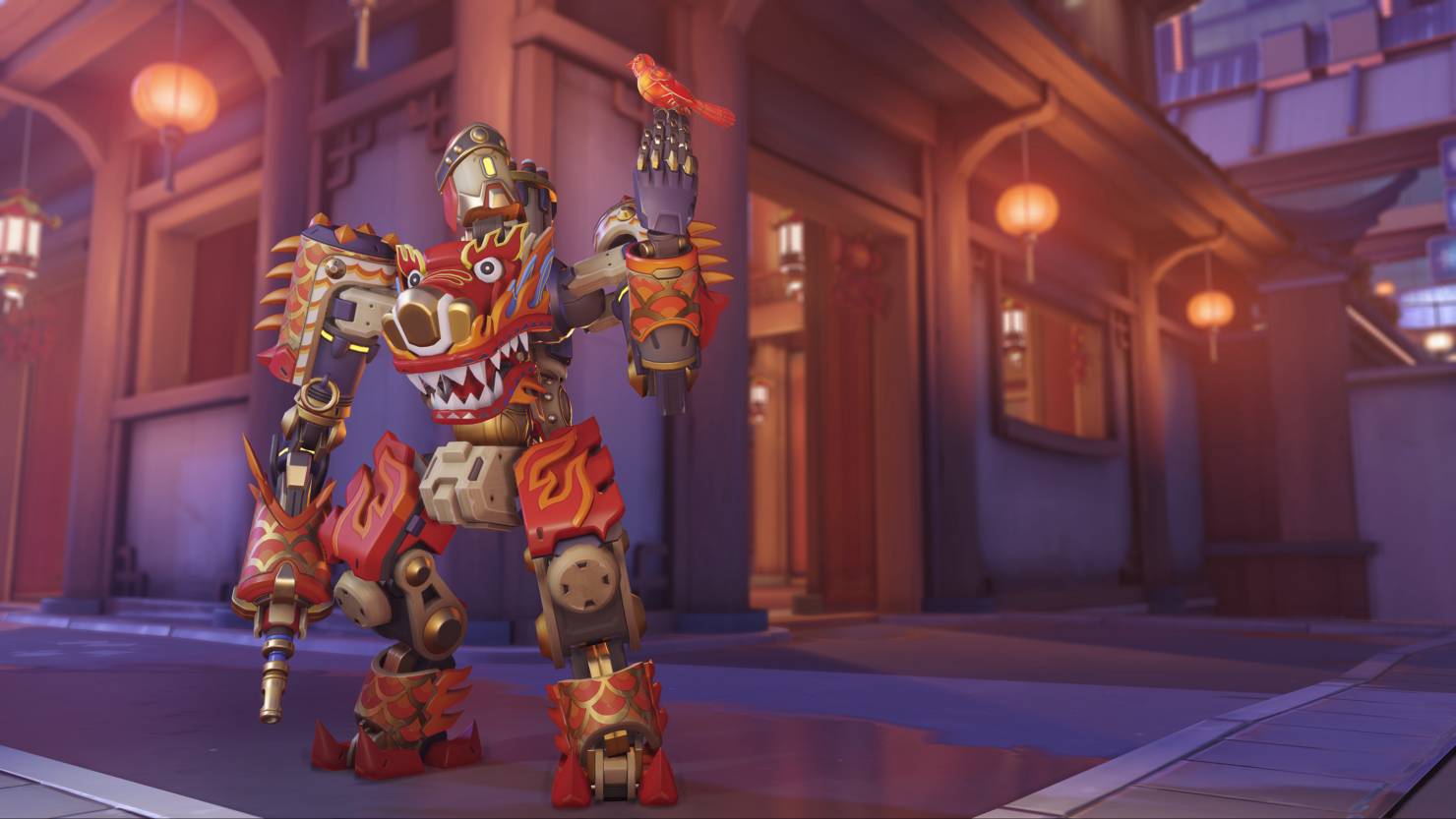 The latest Overwatch Lunar New Year event, Year of the Ox, is kicking off today. That means a whole new set of skins, a brand new brawl, and all kinds of other goodies to look forward to. The annual seasonal event always has plenty to offer players of all kinds, and this year is no different.

One of the biggest additions Overwatch gets this year is the new Brawl, Bounty Hunter. The player who scores the first kill of the match becomes a Target, and everyone else becomes a Bounty Hunter. When whoever held the Target position is taken out, the player who dealt the death blow will be the new Target instead. This Brawl will remain as part of the regular Arcade rotation even when the Lunar New Year event ends.

Weekly Challenges have returned too, and you can unlock several different limited-time rewards by winning nine games every week. Rewards include a Terracotta Medic Baptiste, Xiake McCree, and Imperial Guard Reaper.

There are new cosmetics as well, of course, and those include these Legendary Skins: Bull Demon Orisa, Tiger Huntress Ashe, Dragonfire Bastion, Kkachi Echo, and Pale Serpent Widowmaker. There are also three other Epic skins and various player icons and other goodies to try and collect.

Check out a glimpse of some of the skins and other additions with Year of the Ox in the gallery below.

If you're ready to jump in and get some Overwatch on, this is a great time to get back and start sharpening your skills while we continue to wait for additional details on Overwatch 2. With BlizzConline right around the corner, we could be seeing plenty more news in the next few weeks. Be sure not to miss the online panels and opening ceremonies to see if we can have some sort of update on the hero shooter.