Payday 2 developer Overkill, announced last summer that it would be developing a co-op first person shooter based on Robert Kirkman's The Walking Dead series. The Walking Dead is currently under development  for the PlayStation 4, Xbox One and PC set for a 2016 release, Overkill's parent company Starbreeze announced. The game will be published by 505 Games. 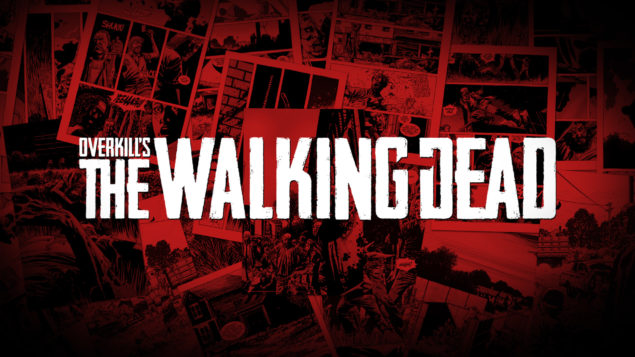 "505 Games partnership with us on the console publishing for 'Overkill's The Walking Dead' will streamline the distribution and marketing of the title in the traditional space and on the digital console marketplace,"

"Having worked together before on the successful Payday-franchise, we are certain this will be a fruitful collaboration."

Overkill's The Walking Dead, according to the publisher,

"will deliver a completely new co-op experience to The Walking Dead-universe, exploring new characters and storylines."

Overkill's The Walking Dead will be set in the comics and not the TV show.

Overkill producer Almir Listo explained via Reddit after the game was announced, that the team is working closely with Robert Kirkman, creator of The Walking Dead comics series.

"We're working with Robert himself,"

"Seeing as he writes the comics, it's only natural that we'll focus on that. Personally, I love the focus on horror in the comics. We'll focus on new characters and new storylines, same universe."

Listo explains that Overkill is approximately around 45 developers and Starbreeze, its parent company that developed The Darkness, The Chronicles of Riddick, and Brothers: A Tale of Two Sons will be lending their expertise for Overkill's The Walking Dead.

"It's the same crew that did Payday: The Heist and Payday 2, some old Starbreeze vet's, plus a few more cool people that I've headhunted myself - very excited to share the news about them in the coming months,"

"Robert and everyone and Skybound are the perfect partner - this will truly be something different. For the first time we're independently financing and creating the game ourselves. We have full creative control, the money to pay for it, a great IP to play with and the community - you included - to help us give feedback and make it the coolest co-op experience ever."