Apple makes a lot of money selling the iPhone and online retailers also reap benefits with the popularity of the handsets. Since the holiday season is upon us, people are buying a lot of products, especially iPhones. It has now been discovered that the Chinese e-retailers JD.com and Alibaba have reportedly marked record-breaking sales on its "singles day" sales event. Scroll down to read more details on how iPhone models worth $15.64 million were sold in just two seconds on singles day sale in China.

The iPhone 13 series is a huge success for Apple and it has been selling quite well. For the Chinese e-retailers, most profits on singles day sales were part of luxury goods, including the iPhone. According to JD.com, it sold iPhones worth 100 million yuan which translates to $15.64 million in just two seconds. While the numbers are astonishing, the retailer did not mention what models of the iPhone were sold.

The demand for the new iPhone 13 models is immense and the Chinese e-retailers are a witness as their websites caved due to the high demand. Out of the 5 million pre-orders, JD.com scored more than 3 million. On the "Singles Day" and "Double 11" sales, JD.com and Alibaba recorded $139 billion in sales and set a new mark. CNBC also reported that prior sold $54.6 billion worth of merchandise. The retailer stated that the growth was 28 percent higher than the year before in the same period. 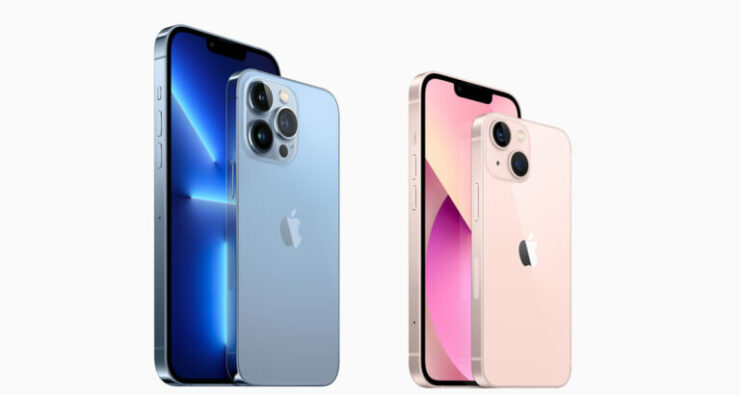 The iPhone 13 series brings a boatload of new improvements to the table compared to last year's iPhone 12 series. The new models are much more capable when it comes to camera performance and display specification. The new iPhone 13 Pro models are equipped with a 120Hz refresh rate display which makes the UI smoother and very responsive. Henceforth, the popularity of the new models could be a reason for the $15.64 million worth of iPhone sales in just two seconds.

This is all there is to it, folks. We will share more details on the subject as soon as we have further information. What are your views on the iPhone models selling in a jiffy on e-retailers? Let us know in the comments section below.