The developers at Ouya started with a Goal of $950,000 at 9 am ET today at Kickstarter. It took less than 24 hours for the console's Kickstarter campaign to its goal. And is currently at a staggering $1,400,000 and still rising! 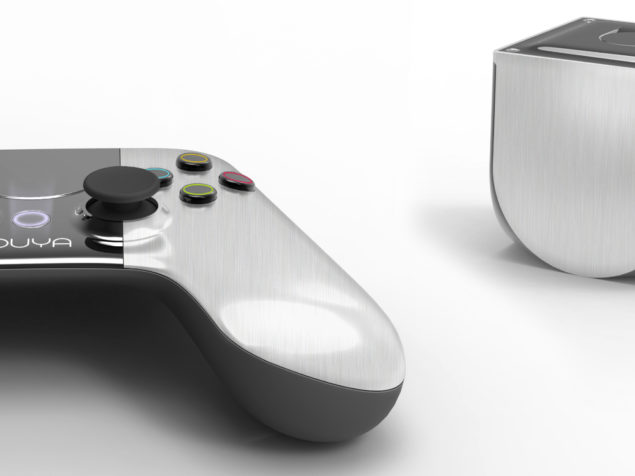 When we first reported about Ouya, there was not much concrete about the console apart from the fact that it would be aAndroid powered, would cost just under a $100 and will have Free-to-Play games. The Ouya is being developed by the well reputed Yves Behar and is backed up by a versatile team of prominent game industry personalities. The idea behind this new console is a free developer ecosystem. It is when any developer develops a game and is able to publish it. And the consumers can download and try out the games, for free.

Ouya's Kickstarter campaign went live this morning, with a goal of $950,000 and details about their project. In less than a day, the Kickstarter Campaign passed its goal and is well above the One Million mark. All I make of this is that, the gamers indeed want a $99 console with open source game development and free games. The possibilities are endless, any android developer can publish their app to Ouya.

The new details on the Ouya's Kickstarter Campaign page give an entire picture what the developers plan to succeed with the new console. They do not intend to run a smartphone on a Television, but create an entirely new console with little to no boundaries. The team at Ouya is willing to welcome any developer to work and develop a game for their machine. There has also been notable interests from developers; Majong, developers of the ever popular Minecraft, Jenova Chen (thatgamecompany), creator of flOw, Cloud, and Flower, Jordan Mechner, creator of Prince of Persia and Karateka and many other devs. They have designed a state of the art controller, about which they stated,

We are designing the controller to be a love letter to console gaming. It will have everything you've learned to love: fast buttons, triggers, laser-precise analog sticks, a D-Pad – and it will have a touchpad for any games making the trek from mobile or tablet to the TV. It'll be just the right weight. We are working with select developers to play-test the controller through development.  We call it 'the Stradivarius of controllers,' and we hope developers will be inspired to take gameplay to a new level with it.

Specifications about the hardware of the console as provided by the company:

With a proper controller, decent hardware, open source development, free games, Twitch's streaming, a vivid support from the gamers and THAT hard-to-ignore price I am sure this will end up in most of our Living Rooms. This looks extremely good on paper, but will this actually work? On one hand there is competition from already established companies like Sony, Microsoft and Nintendo, who have spend billions of dollars just to have an inch's advantage in the market. And on the other side there are companies like Apple, for example. Who might be already preparing something similar to what the Ouya plan's to achieve.