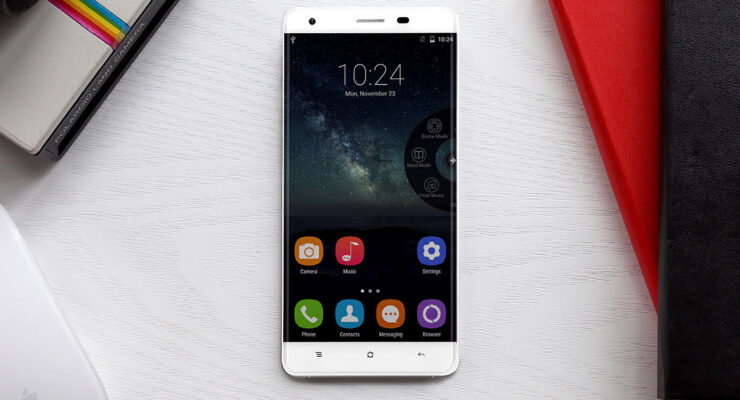 OUKITEL is a Chinese smartphone brand known for producing mobile devices that sport the largest capacities around. Now, with K6000 Pro, you not only get a massive battery pack incorporated inside, but overall, it’s a phone with a decent hardware outlook.

OUKITEL K6000 Pro Features A 6,000mAh Battery And A Whopping 3GB RAM – Not Too Bad For An Affordable Device

Featuring a 5.5-inch screen size with a 1080p resolution, OUKITEL K6000 Pro sports 2.5D arc screen, that sort of looks like the display is melting to the sides of the phone. It is no doubt an attractive feature of phones, and has since progressed from the early days of 2D displays. Coming to the highlights of OUKITEL K6000 Pro, the phablet is incorporated with a massive 6,000mAh cell, and after looking at other phones, this appears to be the company’s forte. The battery capacity is equivalent to the capacity of powerbanks, but that’s not the largest battery capacity that we have found in phones so far.

K10000, or as the name suggests currently features the record of having the largest battery capacity present in a smartphone; a whopping 10,000mAh. Though OUKITEL K6000 Pro features a smaller battery than K10000, overall its hardware is quite impressive. 3GB RAM is becoming the norm for smartphones, and this handset sports exactly that. Despite the fact that it has a MediaTek MT6753 SoC, which you should know is inferior in terms of performance when pitted against the likes of Snapdragon 820 and Exynos 8890, its octa-core Cortex-A53 running at a speed of 1.3GHz should suffice when you demand a smoothened out experience.

OUKITEL K6000 Pro is also running Android Marshmallow 6.0 straight ‘out of the box’, and it’s running the company’s custom UI and sports 32GB of eMMC flash storage. Details are currently scarce on the capacity limit of a storage card can be accepted by this device, but on gearbest, it states that it can accommodate a 32GB storage card. Honestly, we find this hard to believe, since a high-end phone like this at a bare minimum would provide support for at least 64GB of external storage.

Keep in mind that the device can also accommodate 2 SIM cards, but they can only be inserted in the following configurations:

Another selling point of the smartphone is its price tag. On gearbest, the price of OUKITEL K6000 Pro is stated to be $179.99. For less than $200, you’re getting massive battery capacity, 3GB of RAM and a large screen size in return. Do you guys think that this is a good deal to look into? Let us know your thoughts right away.