Moving away from tradition this year around, Apple just announced OS X Mavericks at WWDC 2013. They've previously named releases after big cats such as Mountain Lion and Snow Leopard. This time around however, they've taken inspiration from California, where OS X is designed and developed. Hence the name OS X Mavericks. It brings a number of enhancements, Apple detailed three at the event. These include Tagging, Finder Tabs and support for multiple displays.

OS X Mavericks users will be able to work across multiple Finder windows, all of these windows can now be drawn together in tabs. Tagging is pretty self explanatory as well, users will be able to add tags to documents anywhere in the system. This will make searching for them pretty darn easy.

Multiple display support will be welcomed by power users. OS X Mavericks comes with support for it, the dock and menu bar will be available on both displays. Even the Launchpad has been configured to work perfectly on multiple displays. Safari browser has been updated as well, it brings a sidebar bookmarks bar, also adds Twitter, LinkedIn and Reading lists on the sidebar. It has also been tweaked to offer super smooth, glassy scrolling.

OS X Mavericks developer preview will be out today. Apple has said that the final public release will take place in Fall, but has not provided a concrete release date. 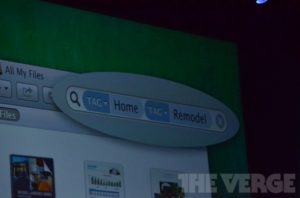 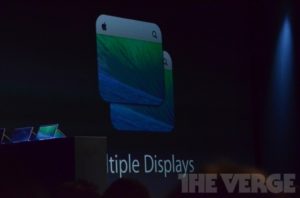