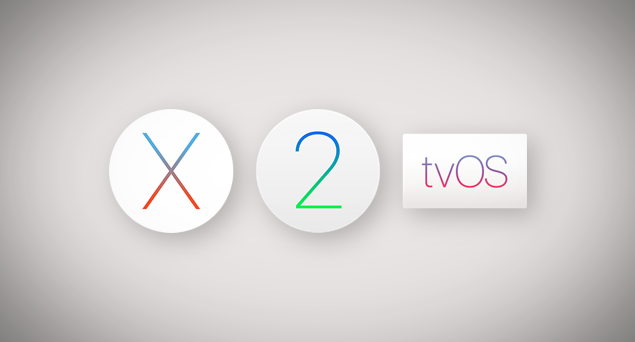 Apple Releases The Fourth Beta Of Its Entire Software Lineup

Apart from iOS 9.3 beta 4 that was released a few minutes back, Apple also released the fourth beta builds of OS X 10.11.4 El Capitan, tvOS 9.2, and of course, watchOS 2.2. All the pre-release builds are meant to fix lingering bugs and enhance performance while being developer-oriented at the same time.

If you have a previous build of OS X 10.11.4 beta installed onto your Mac, then upgrading to beta 4 is a very easy process. Launch the Mac App Store from the Launchpad, click on the 'Updates' tab at the top and install away. Be sure to save your work and everything else as the completion of the update requires you to restart your Mac.

tvOS 9.2 beta 4 is easy to install onto your Apple TV 4 as well, and all it takes for you to power on your device, go to Settings > System > Software Update and then selecting 'Update Software.' The download and installation process won't take that long, and we highly advise that you make sure ahead of installation that you have a stable Internet connection and the power source is secure.

Lastly, watchOS 2.2 beat 4 is also available as an over the air update, so simply leave your Apple Watch on charge, launch the Watch app on your iPhone, navigate to General > Software Update to grab the fourth beta of Cupertino's latest wearable software. The installation process takes quite a while to complete so do not panic when things are in motion.

While watchOS 2.2 for Apple Watch might not be a big update to have, but tvOS 9.2 and OS X 10.11.4 El Capitan give us a clear sign where Apple wishes to take its TV and desktop platforms, respectively. It also gives us a clear glimpse that the Cupertino company is planning to evolve its software from here on in rather than giving it a strict makeover, something which we totally believe is the right thing to do at this point.

We highly recommend that users go ahead and update their devices right now to make sure that things are working out nicely for them. If you're a software developer, to be precise, then we can't empathize more on the fact why you should update.

Since all pre-release builds that we mentioned above are available for registered developers only, therefore do keep in mind that general users can't get their hands on the pre-release bits, until or unless they have an Apple Developer Program membership under their belt.