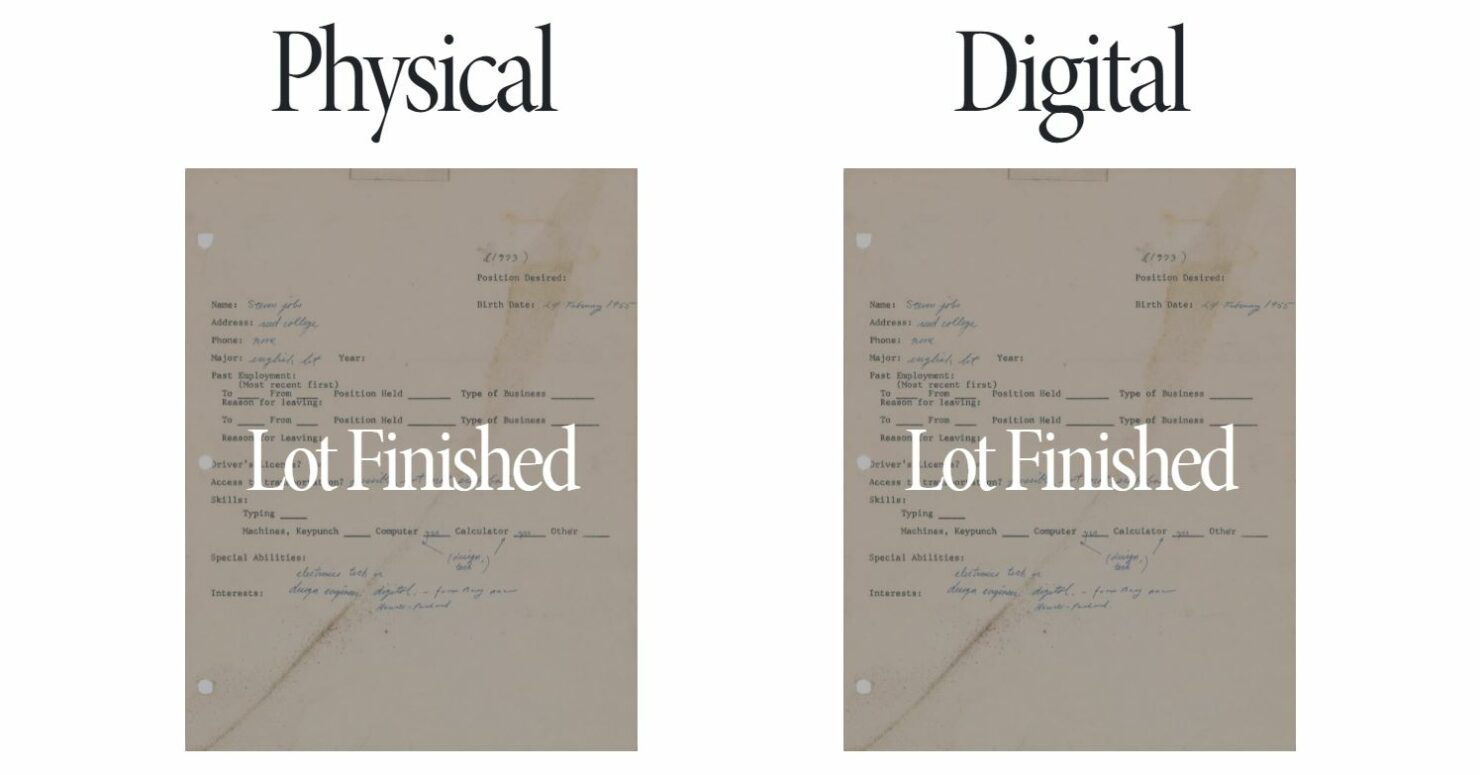 The latest update on the subject reveals that the original autographed memorabilia document was sold at a new record of $343,000. In addition to this, the amount is almost 12 times more than that of the NFT version. The NFT version of the document was sold for 12 ETH which is an estimated $27,497. While the physical Steve Jobs' memorabilia value quite a lot compared to the digital NFT version, the future of digital collectibles is for such stuff is uncertain as of now.

The auction was done by Olly Joshi who wanted to create awareness regarding the change in "perceived value."

Will this open a whole new market for decentralized collectibles? Will this cement the status-quo? Or could we see a stalemate with a fresh understanding that both can coexist and even complement one another as we traverse the next 50 years of innovation?

Whatever the outcome, the worlds of finance and art will be watching with anticipation.

The Snoofa auction listing states that the physical Stevel Jobs' document is verified by PSA and Beckett. This is all there is to it, folks. We will share further details on Steve Jobs' handwritten job application in the future if it goes on sale or auction again. What are your views on the subject? Do you think the NFT version should have sold for more given the trend is on the rise? Let us know in the comments.