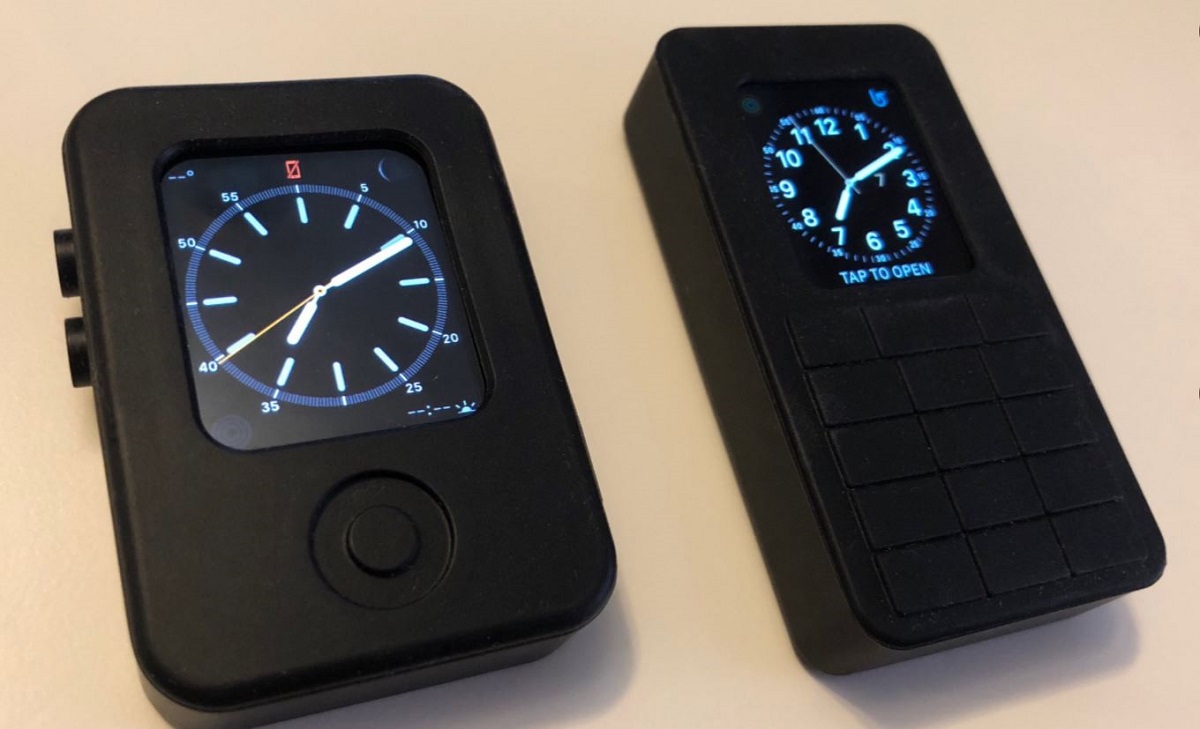 Apple is a very secretive company as it does not reveal details on its upcoming products before they are announced. However, some leaks just unintentionally pass through the secretive barrier at some point in time. Now, a few images of the original Apple Watch prototype have surfaced, showing the wearable in a plastic enclosure security case.

The images of the first-gen Apple Watch in a brick phone-like security case were shared on Twitter by Apple Demo. The security case looks very similar to the iPod nano prototype which was also housed in a plastic body. Apple sometimes hides the design of its upcoming products internally as well. This prevents the risk of the device being leaked online. According to a recent report, Apple also hid some iOS 15 features from the different engineering departments and we presume it is for the same reason.

According to Apple Demo. Apple used the Security Case to 'protect' the design of its first smartwatch. Other than this, it can be seen in the images that the first-gen Apple Watch is running pre-watchOS software. The smaller 38mm Apple Watch is enclosed in a brick phone-like security case. Apple used two different cases to differentiate between the two sizes. The security cases allowed Apple to hide the design of the device in transportation needs.

Prototype Apple Watches (38mm and 42mm) with Security Cases side by side. These cases where made to conceal the design of the Apple Watch 1st Generation during transport out of lockdown. Here is the never before seen 38mm version! Gotta love the brick phone design! #appleinternal pic.twitter.com/eo7IUUNVba

Furthermore, Apple could have used the prototype to test the software of the wearable. You can see that the box is also labeled "Confidential." In addition, there are numerous warnings related to the unauthorized use of the prototype. This is not the first time that we have seen a prototype of an Apple Watch. We also covered one that also ran pre-watchOS software for testing purposes.

We will cover more details on the Apple prototype as soon as we have further information. Do you think the Apple Watch is a decade ahead of the competition? Let us know your thoughts in the comments.