There have been many occasions where Oppo's R7 leaks have shown great diversity in terms of design. One of the leaks suggested that the R7 would feature a plain bezel-less display but it could not come in to final play because Oppo denied it. The renders on the other hand showed ultra slim unibody design of the Oppo R7 which matched nothing like the leaks or rumors. 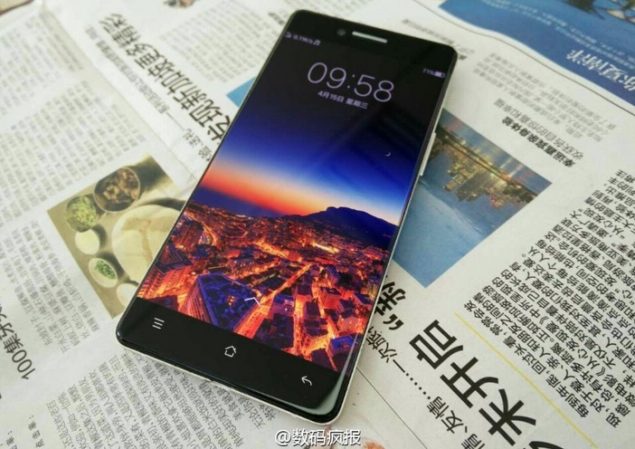 At this point in time, we are greatly fond of the edge to edge front of Oppo's R7 but the complete device profile is yet to be explored. Good call from Oppo as it released another teaser for the R7 that displays dimensions to the unibody design. The chamfered metal edges looks pretty appealing along with a curved glass. Lets roll down for an in-depth look at Opp's R7.

Oppo R7 To Be 6.3mm Thin With Chamfered Edges And A Slight Curved Display

Judging by the looks of R7, we can see that the camera does pop out a little bit. This isn't as much of a surprise since many smartphones are cutting space to give it a more slimmer look and feel. The chamfered edges on the other hand, reminds us of the iPad mini and Galaxy Note 4 as they tend to have the same metal frame around. The ultra thin profile of the R7 measures down to 6.3mm thin and as compared to the iPhone's 6.9mm, it really defines what ultra thin is. 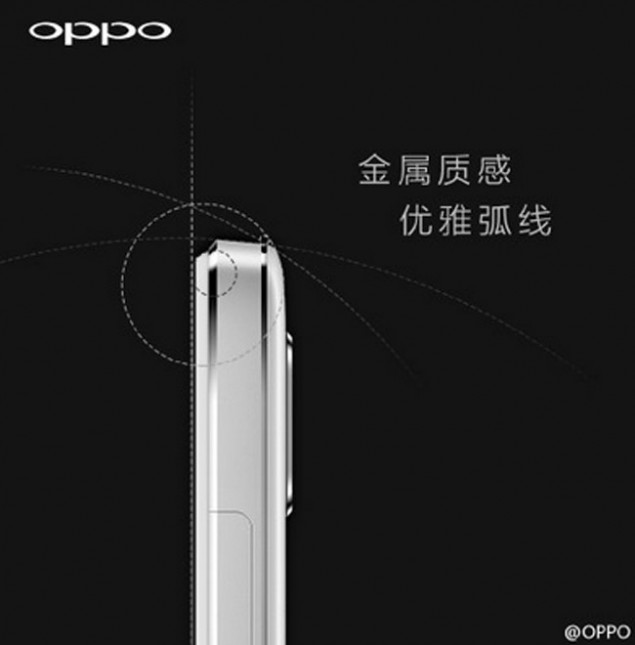 Among the internals of R7 of what we know so far, there will be two variants coming out. One of the variants for China Telecom will feature a 64-bit octa-core chip with a 1.5GHz processor and a Snapdragon 615 CPU. The other variant for the China Mobile model will hold an octa-core 1.7GHz processor and a MediaTek MT6752 CPU.

Even though the phone may not be as thin as anticipated, but it still has potential to be thinner than other flagship smartphones like the Galaxy S6 and iPhone 6. The teaser image on Weibo indicates that the glass used over the display is a 2.5D which slips and merges with the third party render sources. This gives the device a bit of a curve at the edges.

The Oppo R7 is expected to arrive later this month dropping down on 20th May as the device had already been spotted on TENAA certification. the teasing of the device also reveals that the company has started working on the release of the android based R7. Let time decide the launch date and as for now, let us know in the comments if Oppo R7's teaser left a mark.