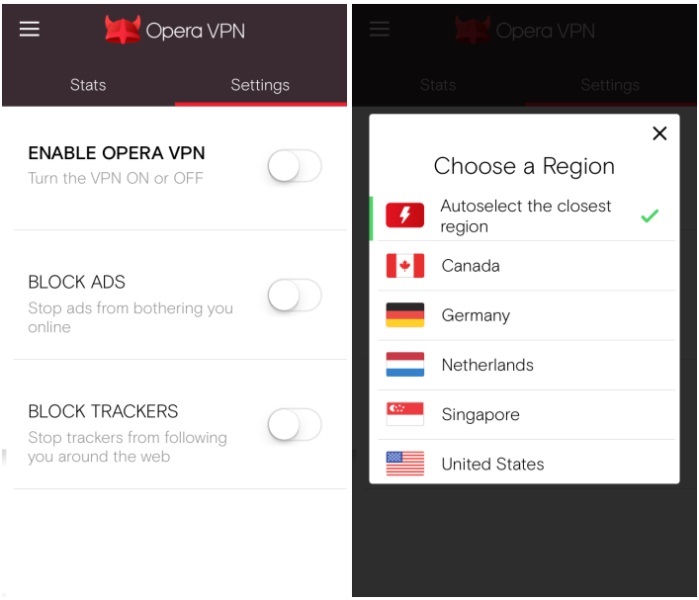 A few weeks back, you might have heard that Opera launched a built-in VPN for its desktop browser. Now, it seems that the European technology giant's focus was on iOS. Opera VPN brings absolutely free and unlimited VPN to iOS that will allow users to privately access the online content without any limitations caused by geo-restrictions. Not only this but Opera will also bypass firewalls, block ads and prevent ad-tracking cookies.

Opera VPN Released On The iOS App Store For Free

Opera's VPN app for iOS is available for both, iPhone and iPad. With VPN access (Virtual Private Network) users can choose a wide range of locations where they don't physically reside. Some of the locations in Opera VPN include United States, Germany, Canada, Netherlands and Singapore. Moreover, the app also supports English, Arabic, French, Potuguese, German, Russian, Indonesian, Japanese and Spanish. So that's quite a handful of languages that might attract a wide range of audience. 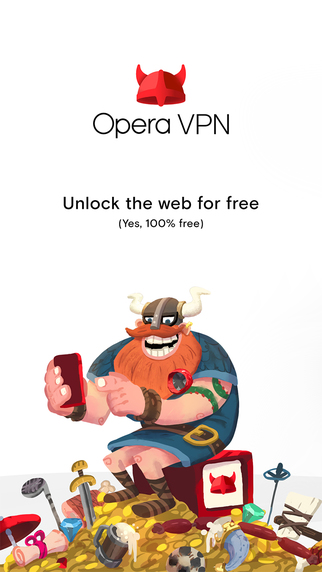 Opera's plans of a VPN were made possible after it acquired the North American VPN, SurfEasy in March. President of Opera division SurfEasy, Chris Houston said,

“With the new Opera VPN app, we help people to break down the barriers of the Web and enjoy the Internet like it should be,”

Once you install the Opera VPN for iOS, it will be toggled off by default. However, you can always navigate to the Settings app and toggle it on manually. Inside the settings of Opera VPN, you will have two resting options, ad-trackers and block ads. So you can enable or disable them at will if need be. 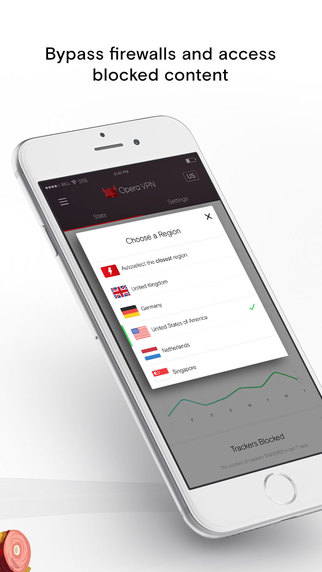 While other popular VPN apps have included payment methods to unlock unlimited access to online content and other stuff, Opera is hoping to gain a great deal of traction as it allowed unlimited access without a charge to unlock full features. So, this would definitely give the company an upper hand compared to its competitors. However, it is said that Opera will most probably monetize the app through ads in the near future, Until then, you can enjoy the Opera VPN for free and without any ad barriers. 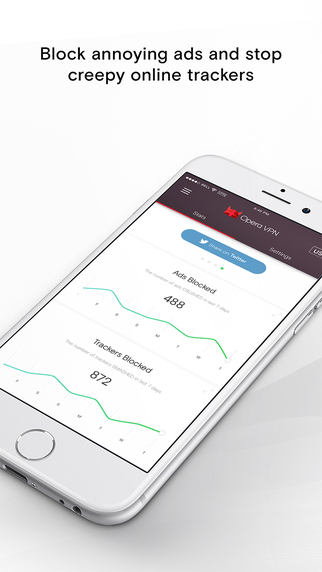 Opera is planning to go a long way with its VPN and ad blocking capabilities. Just a few days ago, the company announced that it will launch a fully loaded ad blocker for its desktop app along with Android phones running the newer version of the software. In terms Opera VPN for Android, the company says that it will launch an Android app soon as well, so do stay tuned for that.

As for now, how often do you use VPN on your iOS device? Will you be shifting to it anytime soon? Share your thoughts in the comments.