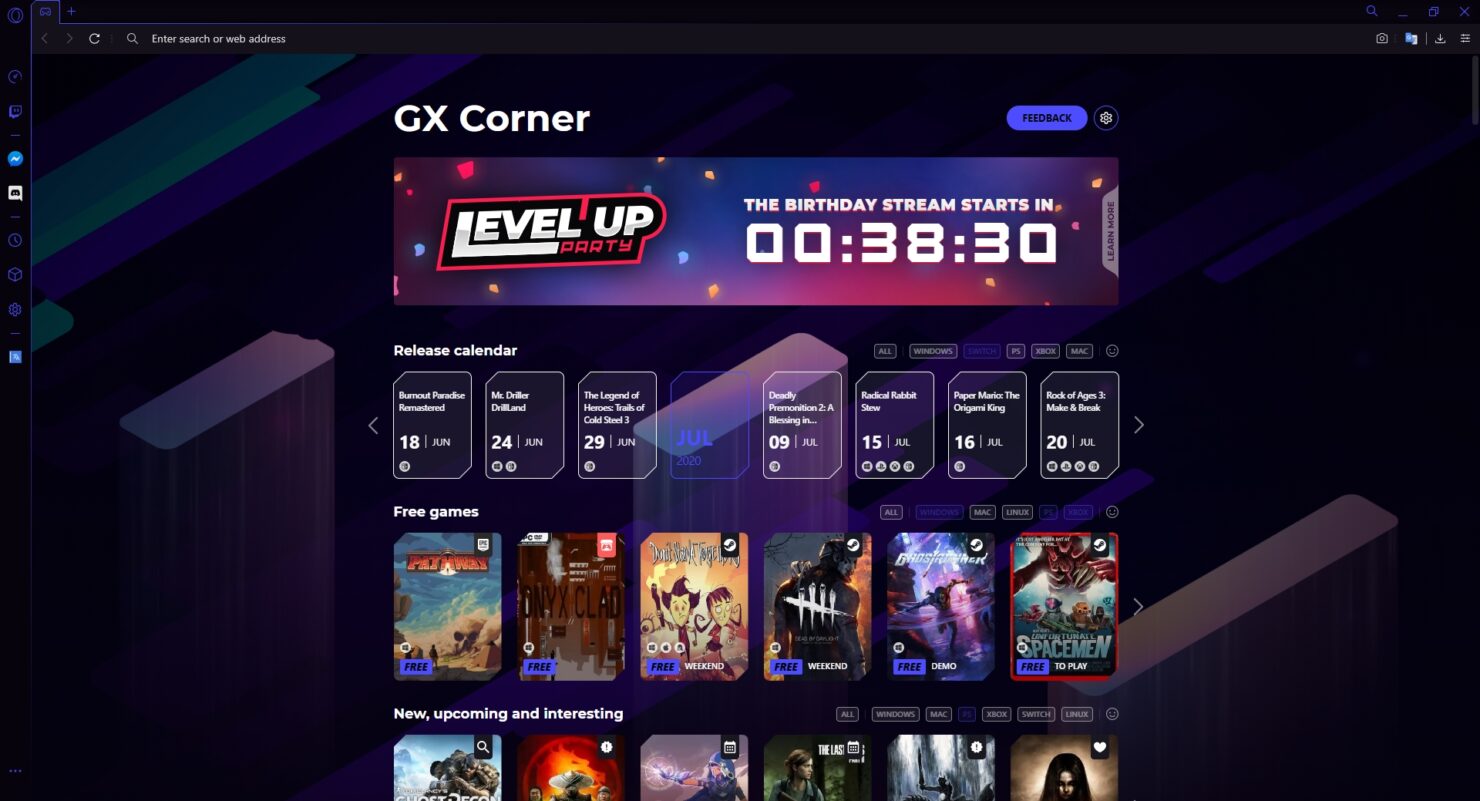 Opera GX is one of those browsers that you might not have heard of that might secretly be the best in its class. I've been using the internet browser for about a year since it was first announced after E3 2019 and it's completely replaced Google Chrome on my home machine. Now one year into its life, Opera GX is seeing some major updates ahead of its birthday celebrations.

Universal Dark Mode isn't a feature that's brand new to browsers. Google Chrome has had an experimental version built in for months now that users could toggle on by searching chrome://flags in their browser. There are other solutions to transform your browser into dark mode but usually involve extensions and other theme functionality. Opera GX comes with the feature built in with the latest build and so far every website I've checked out on the regular news feed have been quite compatible with the feature. 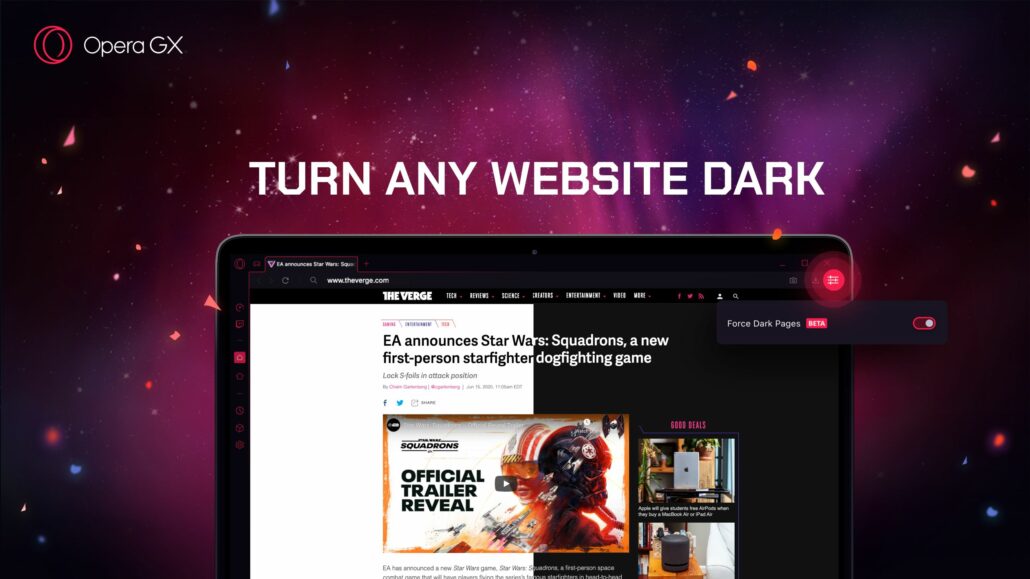 Opera GX also comes with a number of resource management tools that helped it to overtake Google Chrome in my eyes. Despite running 32GB of memory in my work machine, I was shocked at how much memory Chrome consumed on a regular basis. Opera GX's latest update also has a feature called 'Hot Tabs Killer' that gives you a readout on the most intensive tabs opened so that you can identify whether it's that fifth window of Gmail or that day trading site that's causing your machine to grind to a halt. While an unlimited VPN is included with Opera GX, I haven't had the chance to use it personally. If you have and have any thoughts on it, let us know in the comments below!

Opera GX comes with a set of features which have been tweaked to the specific needs of people who love computer games. The browser is the only one to take care of the way the browser affects the functioning of the entire machine: Opera GX allows users to make it less resource-hungry by setting a limit to the amount of CPU and RAM used by the browser, as well as to the network bandwidth.

Apart from its unique features, Opera GX also has all the features known from the main Opera browser. These include a free built-in browser VPN, ad blocker, as well as Workspaces - a tool for better tab grouping according to topic.

Among the social media integration already in place with Opera GX (Facebook, Twitch, Instagram and more), the browser has also added in native Discord support into the browser. Now a simple tab on the sidebar, the complete Discord client is accessible with full emote and voice chat support.