Google is Rolling Out Passkey Support to Android and Chrome

Earlier this year, Google announced a collaboration with industry leaders such as Apple and Microsoft as a part of a larger attempt at making passwords a thing of the past, and today, the company takes another step toward the future.

Google announced today that it is launching passkey support for developers on both Android and Chrome. This attempt is going to create a way for passwordless sign-in across devices, apps, and websites regardless of the platform they are being used on.

We are Heading Towards a World Without Passwords, and Google is Leading the Vanguard

According to Google, today's launch is going to be the first milestone in the company's efforts to leave passwords in the past.

"Passkeys are a significantly safer replacement for passwords and other phishable authentication factors," Google said in a blog post "They remove the risks associated with password reuse and account database breaches, and protect users from phishing attacks." 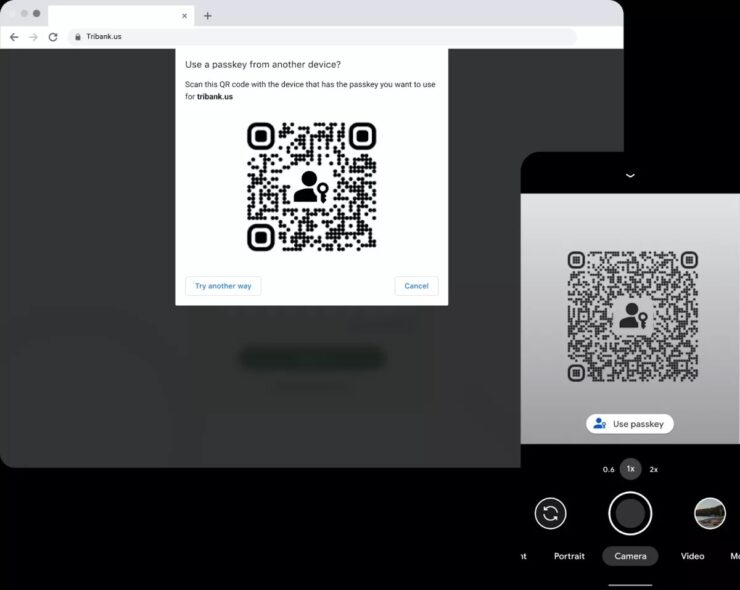 For those wondering, the rollout of passkey support will let users create and use passkeys on their Android phones, this means that they will no longer have to remember different passwords. Passkeys are built on FIDO Alliance and World Wide Web Consortium standards, and this will allow everyone to user their smartphones to sign in to an app or website on a nearby device regardless of the platform it is running on.

At the same time, developers now have the resources they need to introduce and implement the passkey support on the web with Chrome, this will be done through the WebAuthn API, on Android, and on various platforms. They will be able to do so by enrolling in the Google Play Services beta and using Chrome Canary, as well. Google has also said that these features will be widely available on stable channels later this year.

Users will have automatic access to their passkeys across various devices, both old and new, without having to re-enroll all the accounts they have. To create a passkey, they simply need to confirm the passkey account information and use their fingerprint, face, or screen lock when asked for. They can also use a passkey that is stored on their phone to sign in to a nearby device.

"Since passkeys are built on industry standards, this works across different platforms and browsers - including Windows, macOS and iOS, and of course ChromeOS, with a uniform user experience," Google mentioned.

Passwordless logins are already a thing, but the process is not the smoothest at the moment. With Google and working with major tech giants, the goal is to get rid of any friction, and this new milestone is the perfect step when it comes to getting rid of the passwords altogether.