Since the announcement of Xbox One console, Microsoft has been through many unmanageable and challenging stages. Xbox One DRM policy was the first thing that dented Microsoft's persona and even after dropping 24-hour Internet check-in requirement and all restrictions on used games, the company couldn't erase the mark. Keeping aside all the hardware related issues, it looks like Microsoft is losing  its old fans because of its inattention. 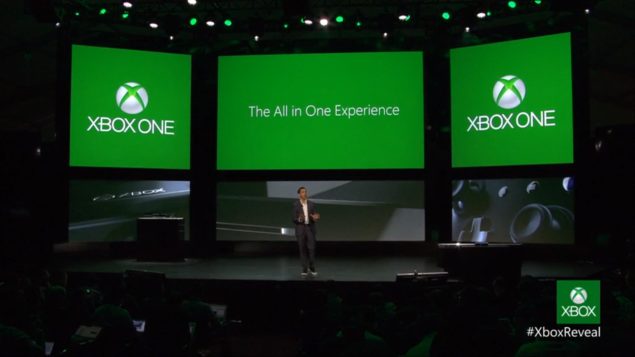 Xbox One stayed fairly below than PlayStation 4 on charts after its launch. Microsoft is going the extra mile to bring Xbox One up in the gaming industry. One of the main problems that Xbox One is going through right now is the resolution-gate issue, which presumably comes from low hardware specifications. Keeping aside all the hardware related issues, Microsoft and Xbox Team is also losing its old fans with time.

Despite all these issues, there are millions of Microsoft fans who have chosen Xbox One as their primary consoles. But it looks like Microsoft and Xbox Team is looking forward to new fans and users only and has nothing in store for old and loyal fans who have already put the Xbox One in their living rooms. Without going further, we will share open letter written to Xbox Team by an old and loyal Xbox fan, Cicero Holmes aka Stubby Stan from TheSpawnPointBlog.

November 15, 2002, the way I approached gaming changed forever. As I’m sure you know, this was the date that Xbox Live was released to the general Xbox public. I was hooked. I had moved away from my native New York the year earlier and now had a way to reconnect with my friends utilizing our favorite pastime, gaming. It also introduced me to a whole new community of players who shared my interests. When the Xbox 360 launched on November 22, 2005, I lined up with other enthusiasts excited to play games in high definition and to continue to grow the relationships with the Xbox Live community.

When you announced the details for the Xbox One I was very excited. The digital game sharing, the updated Kinect and live TV integration were especially exciting for me. I understood people’s reluctance to go all digital and felt disappointed when you were forced to backtrack from the game sharing to appease the masses but understood why removing that feature made sound business sense. As rumors began to surface, I called for patience as others within my community said they were ready to jump ship because certain multiplatform launch window titles would be running at a lower resolution than they would on the Playstation 4. I suffered through the head-scratching decisions that you made with the party chat and the Friends list. I even lost a friendship that I’ve fostered over a decade on Xbox Live because I said that we won’t be discussing framerates in a year the same way we’re having these discussions about Tomb Raider:The Definitive Edition today.

I’m very excited to be an owner of the Xbox One. I think it’s a fantastic console and I look forward to other people being able to share in its greatness. Having said all of that, I don’t know if you like me the way that I like you, Xbox. Why do I say this? It’s all about the gifts. What do I get for my loyalty? I gave you $500 and you gave me? A free character (Jago) on Killer Instinct and an achievement worth no points. If I was any other market save the UK, you would have given me Forza Motorsports 5 along with the aforementioned game and achievement. If I was in the UK, I would have received Jago, Forza 5, the day one achievement AND FIFA 14! What a way to show your loyal LOCAL fans that you really appreciate their support!

I own a Playstation 3 and am a Playstation Plus member. I used my Playstation 3 primarily to play exclusives but also was able to catch some very good games that I had missed by having the ability to download them directly to my console as a result of my PS+ membership. As I’m sure you’re aware, most of the titles available via PS+ are less than 18 months old. If you compare the relevancy of the games you’re providing in your “Games With Gold” promotion to the offerings made available for Playstation Plus, it’s quite frankly embarrassing for the Xbox owners. The only personal positive I can state is that it was because of Playstation Plus and all of the games I had installed locally on my console that I realized that I was ready for an all digital console gaming future. If I had decided that all I wanted was a gaming console this past November, I could have saved myself 100 dollars and bought a Playstation 4 and I would have, beyond the games I purchased, also been able to play great indie titles like Resogun and the outstanding Outlast for no additional money. I however, wanted a multi-media machine, a task that the Xbox One performs more than admirably.

You’re losing ground in the UK and realized that it’s economically viable to lower the British price of the console from the very weird 430 pounds to a much more palatable 400 pounds. I get that. You’re releasing a limited number of Xbox Ones with a digital code for the game everyone wants, Titanfall. I get that too. My question is “What do I get?!”. Where’s my thank you for all of the years of patronage? A perfect opportunity to throw us a bone and win some nice PR in the process was with the Christmas Eve launch of the very mediocre, Halo: Spartan Assault. “Here’s our Christmas gift to you from us, Halo!” or something to that effect (I’m not a marketer).

Where I’m from loyalty and friendship means something. I’ve been very loyal to you for 11 years but I’m starting to get the feeling that new friends and distant friends get more recognition from you than I do. I’m also seeing that the other guy treats his friends pretty well. If this is how you’re gonna treat your friends going forward, maybe we shouldn’t be friends anymore.