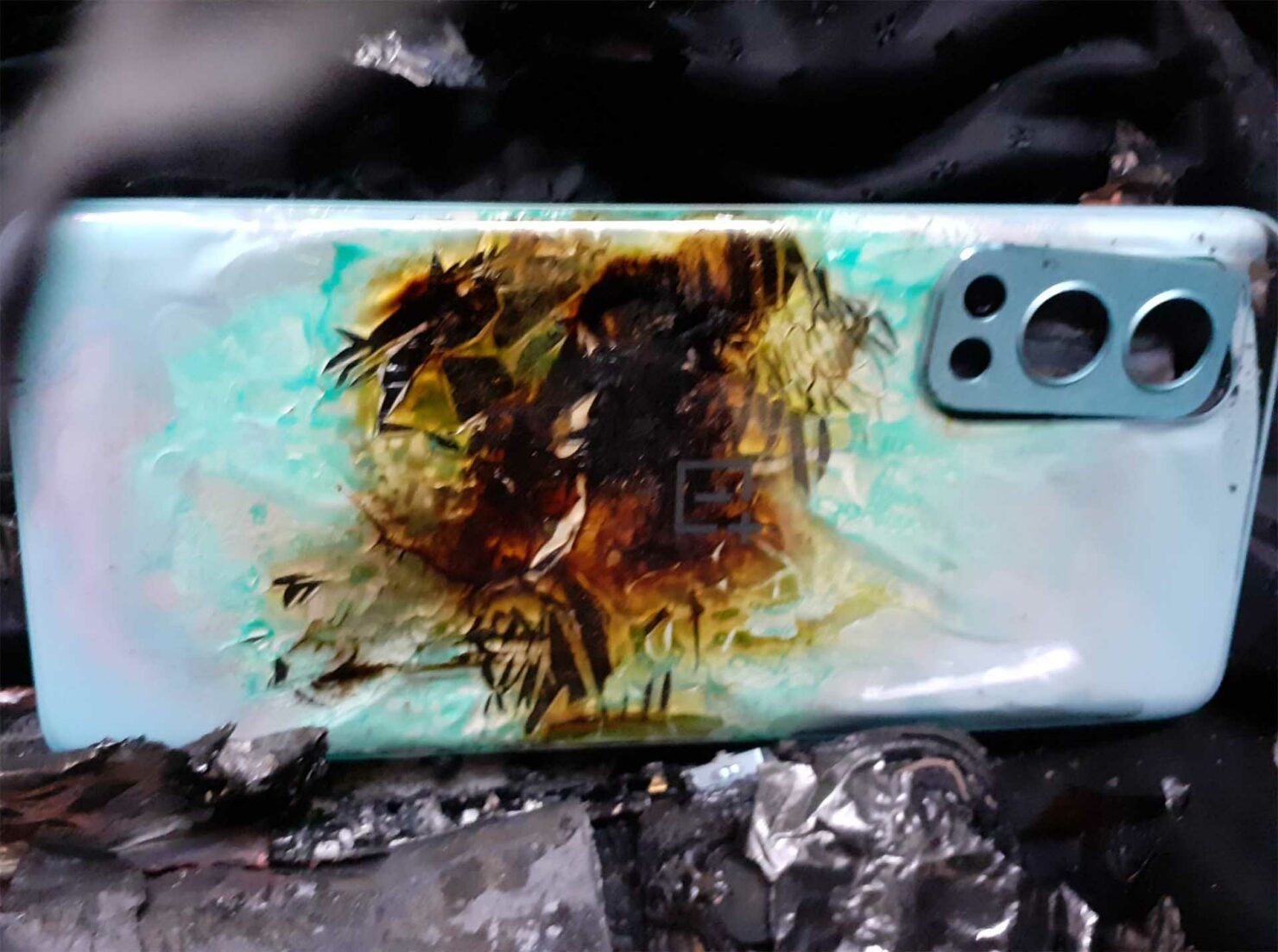 Earlier this month, a lawyer named Gaurav Gulati posted on Twitter that his OnePlus Nord 2 caught fire and exploded while sitting idle. In the aftermath, the company reached out to the customer, offering compensation, which Gulati refused and reportedly filed a complaint to the consumer court in an attempt to stop Nord 2 sales. OnePlus is seemingly taking offense to these measures and has now sent a cease a desist letter, claiming that the lawyer’s actions were committed in an attempt to tarnish the smartphone maker’s reputation.

Mobitech Creation has been handling the marketing and sales of OnePlus phones in India and has sent a cease and desist letter to Gaurav Gulati for posting what they claim are misleading tweets. In addition, the legal notice states that Gulati’s actions were a “malicious mala fide intent to harm OnePlus’s goodwill and reputation.”

Gulati has apparently been on a tirade, smearing OnePlus’ brand name through a series of tweets on September 8, September 9, and September 11, according to the notice. Mobitech Creation also says that the statements provided by Gaurav to other media outlets are unverified and self-contradictory in nature, but completes the objective of bringing down OnePlus’ reputation. The company also states that the images shared on Twitter, showing the damaged Nord 2, were the result of external force.

सत्य परेशान हो सकता है लेकिन पराजित नहीं....
@barcouncilindia @OnePlus_IN @OnePlus_Support
So I have recieved this legal notice for raising my voice for whatever i have gone through after my mobile blast incident. So this is the price i have to pay for being the whistleblower. pic.twitter.com/6hOxTMi6Vw

We feel that instead of providing more assistance to the former owner of the Nord 2, OnePlus has refused to admit that it may be selling defective handsets in the market. Keep in mind that on the previous two occasions, the same Nord 2 exploded for different customers, so perhaps some stricter quality control measures must be placed to prevent these incidents from happening.

The cease and desist notice demands that Gaurav Gulati responds with a confirmation, along with putting a stop to disparaging statements about OnePlus. The lawyer must also remove any tweets and posts against the smartphone market while issuing a statement to the media and OnePlus that his accounts of the story were unverified.

Additionally, Mobitech Creation is seeking an unconditional apology from Gulati, along with a confirmation that he will no longer post any tweets that are intended to damage OnePlus’ goodwill. You can check out the previous two reports of the exploded OnePlus Nord 2 below and let us know down in the comments who you think should be held accountable.