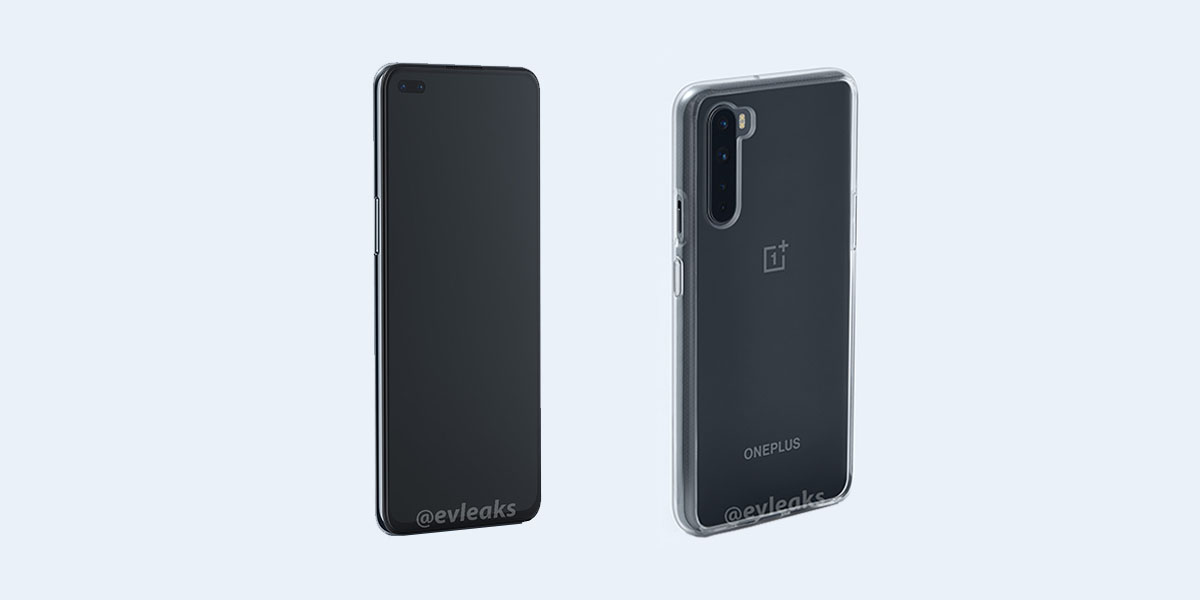 OnePlus Nord is shaping up to be the best budget smartphone and the fact that it is launching this month is only making us more excited. So far we have heard a huge chunk of news about the device, but today is the first time we are getting our hands on leaked press renders that reveal the design elements of the device.

The leak comes as a courtesy of Evan Blass (@evleaks). He shared the two images on his Patreon. The device is in a case but gives us a good idea of how it is going to look. You can check it out below.

The attached images show that the OnePlus Nord will bring a dual hole-punch camera on the front, the bezels are slim on all sides, the volume rocker can be found on the left side, while the power button along with the alert slider is on the right. Moving onto the back, you have a quad camera setup in a vertical positioning with dual-LED flash right next to it. You also have the OnePlus branding in the bottom centre. As far as the camera specs are concerned, we recently talked about how the front camera would be a 32+8-megapixel configuration while the back would be a 48+8+5+2-megapixel configuration.

We know that the OnePlus Nord is going official on 21st July, and will not be launching in North America, at least on the launch. The device is tipped to release with 5G capable Snapdragon 765G, 6GB of RAM and will be priced under $500, which seems respectable given how the company is looking to reshape the budget market. The OnePlus Nord will be revealed in the world's first AR launch. Needless to say, we are excited to see what the company has in stores for us. Stay tuned for more coverage on the device.