The most significant upgrade that you are getting here is the Snapdragon 888 chipset. You are also getting access to 8/12GB RAM, as well as a choice between 128/256GB of UFS 3.1 storage.

The OnePlus 9RT is a Needed Upgrade Over the Original OnePlus 9R and Does Not Cost a lot.

You are also getting a 6.62-inch 120Hz refresh rate, FHD+ screen. There is also a 600Hz response rate panel and a 4,500 mAh battery that supports 65W charging. The phone sadly lacks wireless charging. 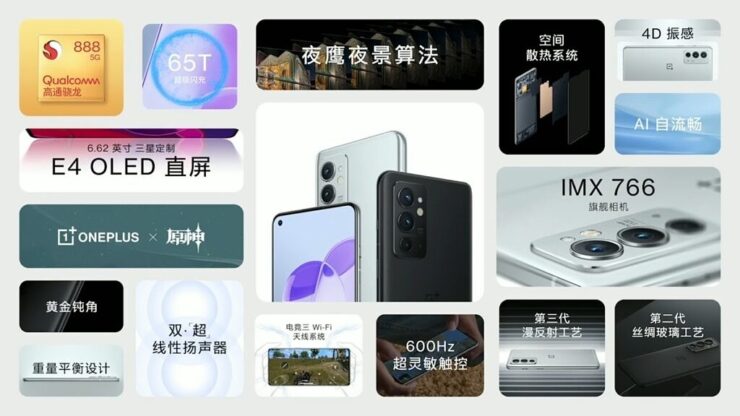 You should expect Color OS 12 on this as the phone is currently only available in China, but you should get Oxygen OS if the phone decides to go global. Other specs include video upscaling tech, two ambient light sensors, an under-display fingerprint scanner, NFC, Bluetooth 5.2, and WiFi 6.

At the moment, OnePlus has not revealed if the phones will be launching globally, but if they do, these phones will be competitively priced and compete with some of the best Android phones already available in the market.