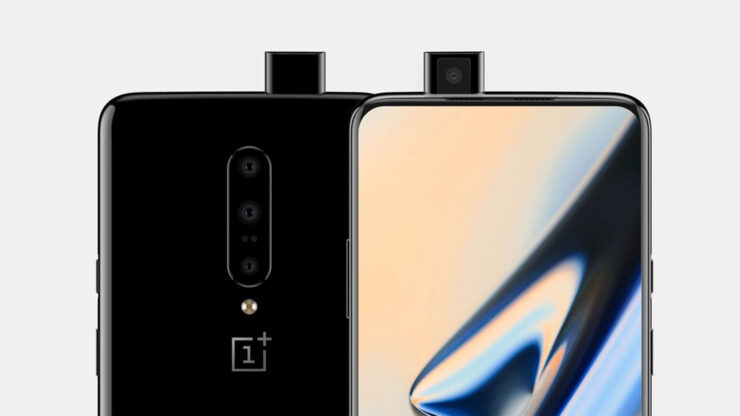 The OnePlus 7 Pro will finally be unveiled on May 14 and the phone will go on sale on May 17, but T-Mobile customers will be able to get their hands on the device three days before its global launch. The carrier entered a partnership with OnePlus last year and it’s also going to be OnePlus 7 Pro’s exclusive carrier in the U.S.

The OnePlus launch event has been sold out already but when the event will conclude, T-Mobile will host a takeover event in the company’s Times Square Signature Store. In addition to being able to buy the OnePlus 7 Pro before consumers in the rest of the world, the first 200 attendees will also get a gift with the purchase of the OnePlus 7 Pro. Of course, the event will also have refreshments as well as some limited edition goodies.

With a clear emphasis on the OnePlus 7 Pro, it isn’t confirmed if T-Mobile will be selling the standard OnePlus 7. Of course, that might not bode well with consumers who would rather buy the cheaper model than the more expensive ‘Pro’ variant. Given that the ‘Pro’ version will undoubtedly be more expensive than the regular variant, some T-Mobile customers might be discouraged of having to pay more for features that they might not deem necessary.

To recap, the OnePlus 7 Pro is tipped to sport a huge 6.7-inch OLED display that is HDR10+ compliant and features a refresh rate of 90Hz. It will most likely be fueled by the Snapdragon 855 and have at least 6GB of RAM and 128GB of native memory. The phone will sport a rear triple camera setup and will have 3x optical zoom from the tertiary lens located at the back of the smartphone.

Even though T-Mobile has not provided the pricing details of the OnePlus 7 Pro, an earlier reported stated that the upcoming flagship may cost $799. OnePlus has certainly come a long way, but it will need to highlight a boatload of features and advantages as to why customers should cough up this much cash for a brand that was known to provide customers with handsets with powerful specifications and offered at mid-tier pricing. Do you think you will be one of the first T-Mobile customers to pick up the OnePlus 7 Pro? Tell us your thoughts down in the comments.