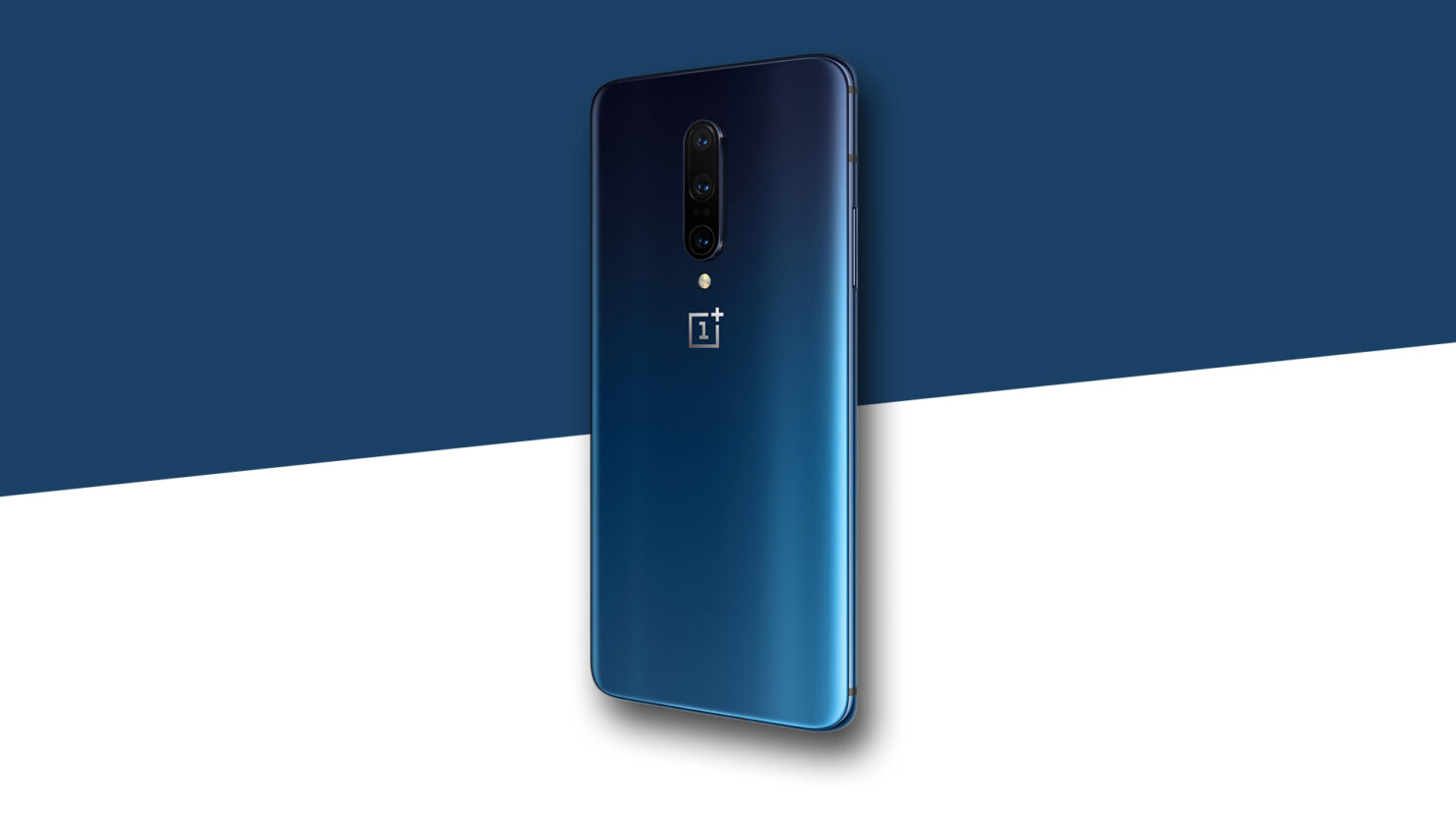 According to data published by Counterpoint Research analysts, smartphone sales declined in the U.S. by 1.5 percent year-over-year during the second quarter of 2019. Despite the overall slowdown, some manufacturers were able to buck the trend and this can be largely attributed to the affordability of the handsets offered such as the OnePlus 7 Pro and Pixel 3a.

U.S. Consumers Displayed Affinity for Affordable Models but Sales of Galaxy S10e Continued to Be Disappointing

It appears that consumers are increasingly feeling inclined towards the handsets that offer the most bang for their buck. Counterpoint Research believes this is the reason why OnePlus and Google were able to scoop up the market shares of Samsung and LG. OnePlus shipments increased a whopping 152 percent year-over-year in the U.S. while Google saw growth of 88 percent. The Chinese vendor has always been known to sell high-end hardware at attractive prices and even though the OnePlus 7 Pro is a little bit more expensive than the company’s previous offerings, it’s still more affordable when compared to high-end phones from other companies.

Growth of Google can be attributed to its mid-range Pixel 3a phones, which offer the camera goodness of their more premium counterparts at a fraction of their price. Alcatel, Motorola, Coolpad, and Apple also saw their sales increase and Counterpoint Research thinks it’s because of their products aimed at price-conscious consumers. This is perhaps the reason why iPhone XR emerged as the top-selling model. 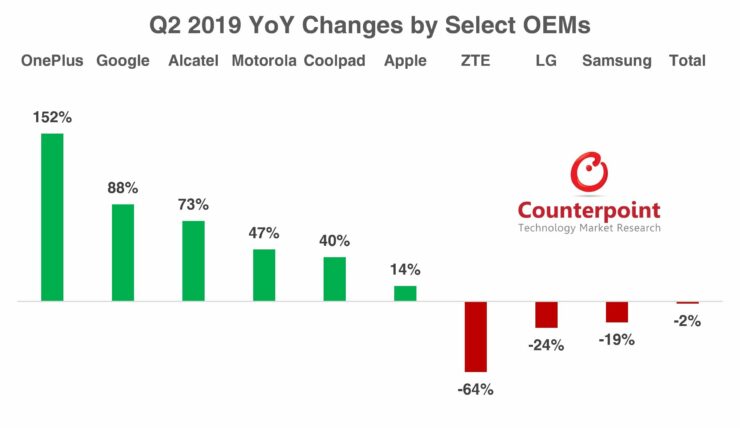 The second and third spots were secured by iPhone 8 and iPhone XS Max, respectively. The Galaxy S10 Plus and Galaxy S10 came out as the fourth and fifth most popular models. Sadly, Samsung’s sales declined 19 percent when compared to the year-ago quarter as the market performance of the S10 flagships decelerated. Interestingly, the Galaxy S10e, the relatively affordable model, has not performed well in the market since its release. 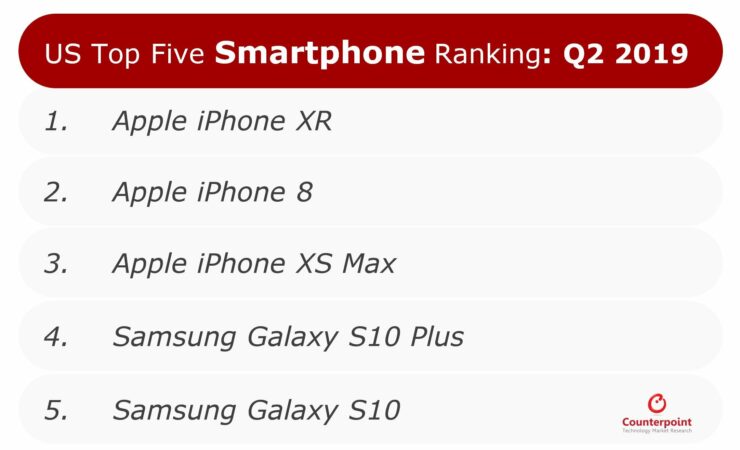 All in all, Apple remained the most sought after brand with a market share of almost 40 percent, trailed by Samsung which had 26 percent of the market in the second quarter. LG, Motorola, and Alcatel also made it to the list. With Apple due to refresh its lineup the next month and OnePlus and Google gearing up to launch their flagship devices too, we will have to wait to find out how the situation changes in the coming months.

For now, the message is loud and clear. A majority of consumers are not as willing to shell out wads of cash on high- priced offerings when there are cheaper options around.