OnePlus 2 might not feature a fast charging feature, wireless charging feature, or any other feature that will speed-charge the recently announced flagship smartphone, but that is not stopping the handset from reaching 100 percent of its battery life, in record time. According to the latest findings, OnePlus 2 charging time only takes around 3 hours for the smartphone to reach to it full capacity, which is impressive indeed.

Recommended: Here Are OnePlus 2 Pricing Details, According To The Region You Live In 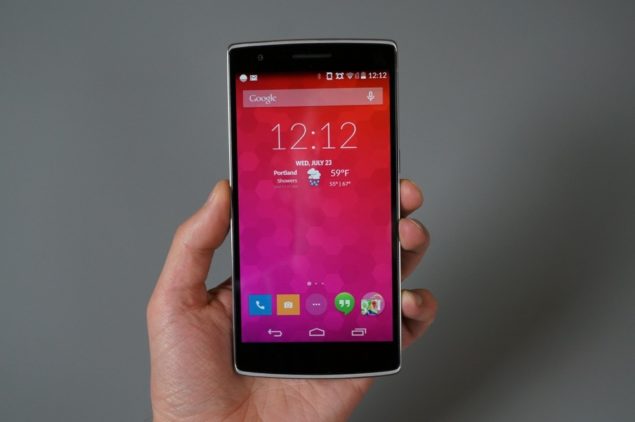 OnePlus 2 sports a large 3,300 mAh battery, which is a decent improvement over the 3,100 mAh stacked inside OnePlus One. According to Android Police, even without the fast charging features working the magic for the smartphone, OnePlus 2 charging time literally allows you to watch a whole movie and return to your handset to see it at a 100 percent of its life.

According to the source, the total amount of time it took for the handset to reach 100 percent was 200 minutes, or 3 hours and 20 minutes. One of the biggest drawbacks of owning OnePlus 2 is that it does not feature Qualcomm’s Quick Charge feature, which is able to super-charge the device’s battery to 60 percent while only being plugged in for 30 minutes. Despite featuring a Snapdragon 810 SoC, the smartphone does not possess this functionality.

We have to say that the primary culprit responsible for this mess is the Type-C USB port incorporated in to the device, although having a compatible Quick Charge 2.0 charger is also necessary to take advantage of the feature. According to hardware specification rumors, Type-C USB ports are not compatible with this form of tech, but will be in the foreseeable future.

Despite not possessing this advantageous feature, you will not have to worry about OnePlus 2’s battery depleting anytime soon.