As we ease into July, the date for the OnePlus 2's unveiling inches closer and closer. The Chinese smartphone upstart has manged to gain a significant amount of following and market interest in its devices, even though it's launched only one device so far. The OnePlus One followed a simple formula. Keep your device as low priced as possible, while equipping it with specifications that the average user would adore. And given that the device was a hit in the limit segment it was launched in, OnePlus appears to be quite confident this year as well. 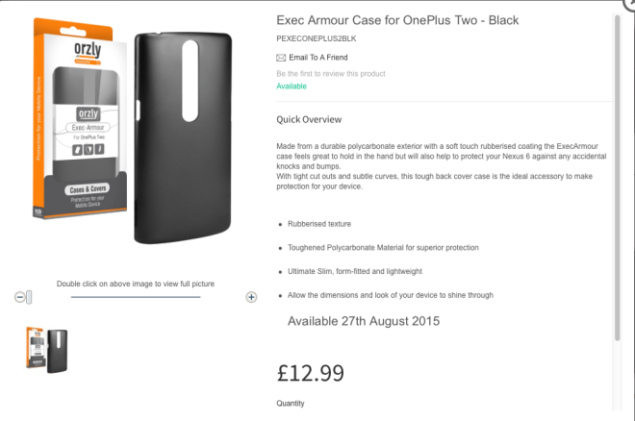 After we've seen some leaks which describe the OnePlus 2 in quite a lot of detail, online retailer Orzly has listed some products on its website which are to cater to OnePlus' upcoming flagship for 2015. Two cases have been listed at the retailer's website, which also show what appears to be the OnePlus 2. The first case, as you can see in the image above, confirms several specifications that we've heard about the device so far.

By the look of the large cut out present at the rear of the case in the image above, the OnePlus 2 might just end up having a fingerprint sensor on its rear as well. Aside from that, we might also see some additional camera tech, aside from the usual camera sensor and the flash. If accurate, it really does make us wonder if OnePlus has got any other surprises planned for us later this month. 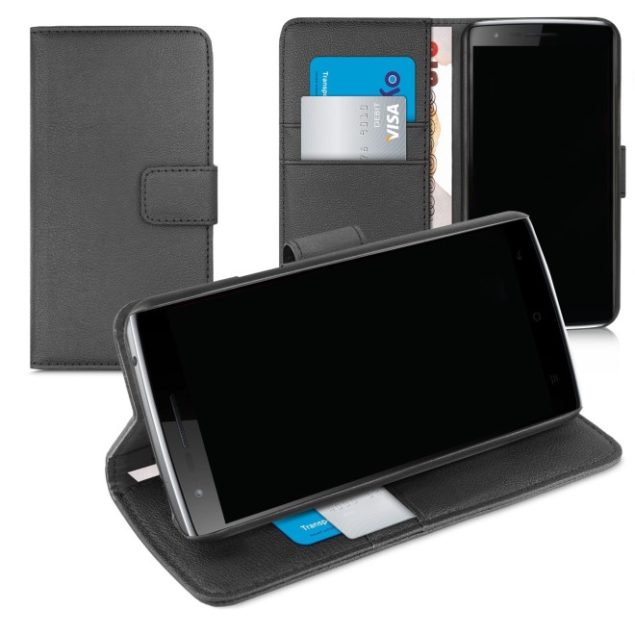 Another case listing, which comes complete with a device inside it has also been listed on the site, though we get to learn very little about it from the images. In dimensions, the OnePlus 2 should be pretty similar to its predecessor, though a variety of new features, including a processor upgrade are expected on the device. Stay tuned and let us know what you think in the comments section below.