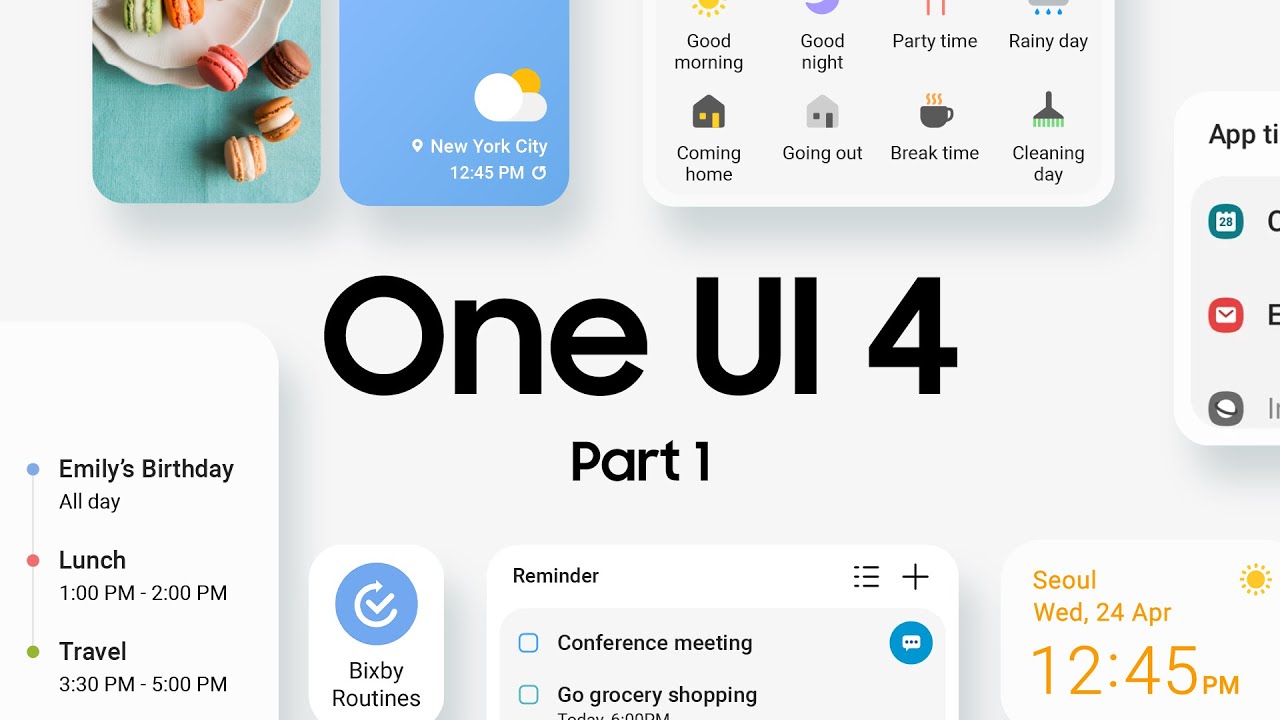 The Samsung Developer Conference 2021 took place yesterday, and the company announced several improvements to its software and services. Users can expect better Bixby, One UI, Samsung Knox, SmartThings, Tizen, and more. In addition to that, Samsung published detailed videos that showcase the new and improved features introduced in the One UI 4.0 based on Android 12.

The Android 12-Based One UI 4.0 Finally Has Me Excited for a Software Update

Samsung published some videos on YouTube that showcase all the design and user experience improvements that One UI 4.0 brings. You are getting access to improved privacy and security. Material UI-inspired colorful themes, better widgets, and better stock apps, as well. The new update also brings easier ways to connect and share files with friends and family members.

One UI 4.0 will allow the users to customize almost every part of their Galaxy phone. The same can go for the user interface of Galaxy tablets that will be eligible for the update. Users will be able to arrange widgets and a host of other changes that will allow you to customize your phone to match your style truly. You can even go ahead and replicate the wallpaper on your smartphone and smartwatch. Samsung is also bringing One UI styling to its Windows 11 laptops.

You can look at all the videos detailing One UI 4.0 below.

While Android 12 on its own was a big update that completely changed the face of the Android for the better, it looks like that One UI 4.0 is going to be a significant departure from the One UI 3.x that we have been running for some time and honestly, being a longterm Samsung user, I am excited to see what Samsung has in stores for us.