There certainly is no shortage of apps for iPhone, IPad and iPod touch. The iTunes App Store plays host to almost a million apps for these iOS devices. However there is one app, rather a suite of apps, that many iOS users have patiently been waiting for. It was reported quite a while back that Office for iPhone was under development and that Microsoft would be releasing it soon.

The release has not taken place yet and Office for iPhone as well as iPad still remains a mystery. Microsoft's support websites contains references to Office for iPhone as well as PowerPoint and Excel apps for the iPad, it has been discovered. This discovery further fuels the speculation that Microsoft intends on releasing its Office suite of apps for iOS devices soon. 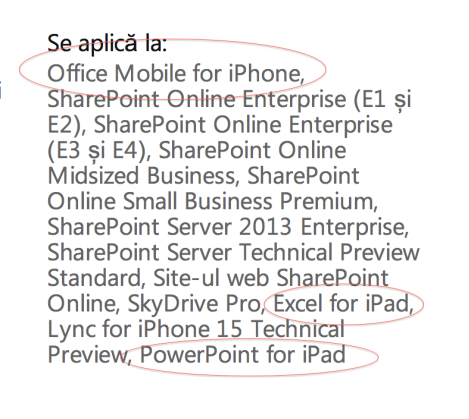 Only last months images of an alleged Office for iPhone build were leaked. The version was said to be a toned down mobile one, with basic editing functionality. At that time there was no mention of a full fledged Excel or PowerPoint app for iPad. The images were only of the Office for iPad mobile app, not for these full fledged iPad ones. Previously another batch of leaked photos have displayed more Microsoft developed iPad apps, but they are yet to be released.

Rumor has it that Microsoft will release its Office suite for iPhone in 2013, probably in the first quarter. As far as these Excel and PowerPoint apps for iPad are concerned, there's no word as yet when they will be released. Whenever Microsoft releases these apps, they will surely be received very well