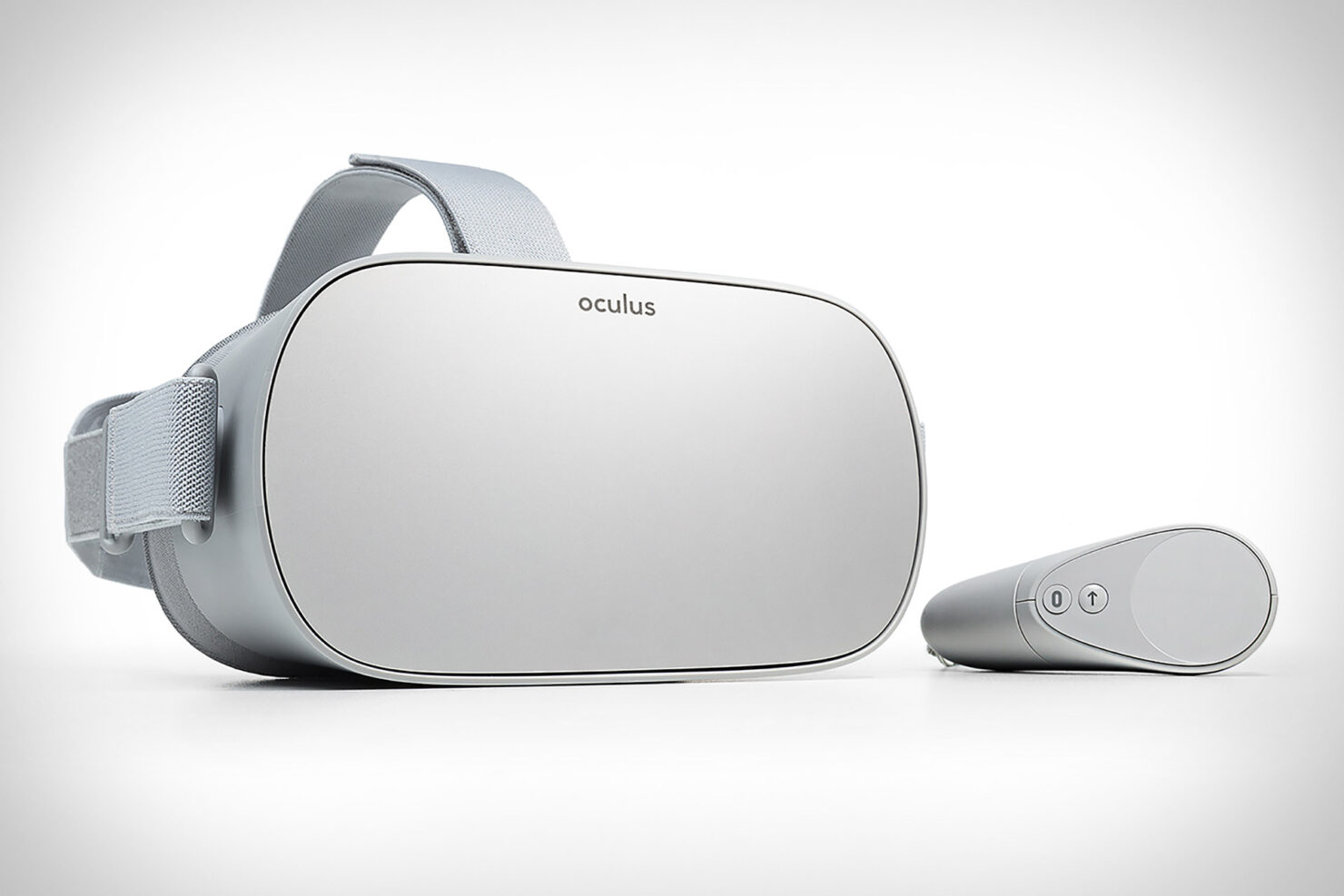 Yesterday's Oculus Connect 4 delivered a plethora of announcements from Facebook's VR division, though several of them were anticipated a couple months ago thanks to a rumor spread by Bloomberg.

As reported at the time, a new standalone headset priced at $199 will debut in early 2018. Its name is Oculus Go and according to the makers, it's 'super lightweight' and made of a soft, breathable new fabric. The LCD high resolution, fast-switch screen should reduce the dreaded screen door effect while enhancing visual clarity; the new lenses should also suffer less from glare.

The Oculus Go will feature integrated spatial audio, though there's also a 3.5mm headphone jack should you need it. Oculus noted that developers building for GearVR are also doing it for the Oculus Go as the two share the same controller input and the apps are binary compatible.

Another highlight of the Oculus Connect 4 was the decision to permanently drop the price of the Oculus Rift bundle to $399 (the promotional price used during Summer of Rift), in an effort to get VR into more hands.

Oculus Connect 4 also offered another peek at Project Santa Cruz, the ambitious next step of PC VR sporting an untethered headset. Two positionally tracked controllers have now been added to deliver hand presence. Thanks to four ultra-wide sensors, the developers achieved a large controller tracking volume that should allow for natural and unrestricted movement.

While hardware innovation is a big part of Virtual Reality development at this point, software is important, too. The Rift Core 2.0 is an overhaul of the Rift core experience, due to be available as a beta in December 2017.

Here's how Dash and Home will be changed, according to Oculus.

Dash is a radically redesigned system interface that opens up new possibilities for VR and immersive computing.

Dash rolls up all of Rift’s existing menus and UI into a central hub that’s instantly accessible from anywhere in VR—all built natively for Touch.

Dash runs as an overlay inside your current VR experience, so you’ll be able to quickly switch from one app to the next, open your library, connect with friends, and even use the rest of your PC without any extra steps. Not only does this make VR more intuitive and convenient, it also lets you multitask like never before—a huge plus for creators and developers who use VR while they work.

We’ve built true virtual displays at the hardware level, so you can run multiple apps and windows, all with full graphic fidelity and performance. You can peel off individual windows, place them anywhere, and easily resize and move them for an infinite workspace. Developers can even debug their VR apps while inside them, using Visual Studio, Unity, and Unreal.

Dash is built in React VR—our go-to framework for UI—so in the future we’ll explore how developers can plug in to add more features and functionality.

With a new UI, Home is now free to be yours—a place that reflects your own personality and sense of style. We’re excited to share the first steps toward our vision for the future of Home today.

With Rift Core 2.0, you’ll be able to customize your Home experience—with toys, furniture, artwork, and more that you can place in virtual space as you see fit.

You can put your various in-game achievements on display, and see your library come to life as a collection of retro cartridges that you can actually use to launch apps.

Because Home is persistent, you can share yours with friends and visit theirs to see what they’ve created. In the future, we’ll open up new possibilities for community and co-presence, letting you hang out, play, and explore with others.

Of course, there were also a few new games announced at Oculus Connect 4, such as Echo Combat, a competitive zero-G multiplayer first person shooter made by Ready at Dawn in the same world of Lone Echo and Echo Arena, two of the most critically acclaimed VR games to be released so far. You can check out the teaser below.