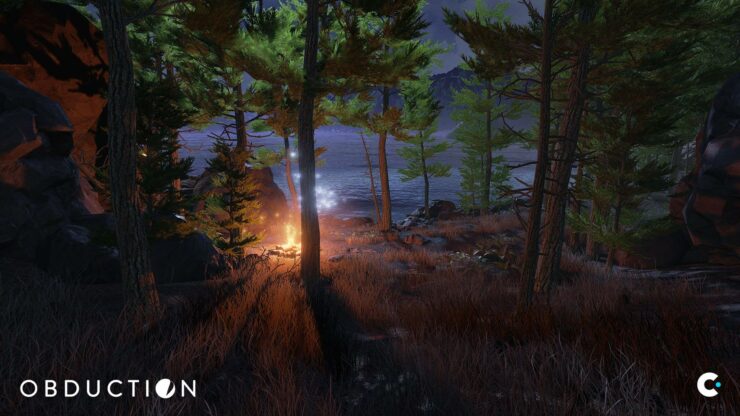 The stunning adventure game, Obduction, gets HDR and VR support in a patch released today by Cyan Worlds.

Obduction is an adventure game from the creators of Myst, making it sort of a spiritual successor. Obduction puts players on a weird alien world where they have to solve puzzles and their way back home. Much like Myst or Riven you'll walk from puzzle to puzzle in an absolutely gorgeous environment.

Oculus Rift users will be happy to see that VR version of Obduction is out today. You can learn a little about VR implementation from the video below.

We've heard a lot about HDR lately, especially in regards to the Xbox One S and PlayStation 4. The HDR patch is meant to greatly expand the range of both contrast and color. NVIDIA provided Cyan Worlds with a sample code for HDR which they got to customize for Obduction.

NVIDIA Ansel also makes its way to Obduction. Ansel lets players take and compose in-game screenshots. This lets you take shots from any position and adjust them with post-process filters. Ansel will also let you capture screens in super-resolution formats in immersive 360 degrees and viewable through smartphones, PC and VR headset.

There was also a laundry list of new updates for Obduction that were released today, here are just some of them:

• Millions of fixes and improvements to loading zones. This should help improve loading hitches in all areas.
• Fixes for license plates at different graphics settings/resolutions
• Better support for gamepad in photo viewer
• Fix for language changes not saving correctly under certain conditions
• Fix for "Load" text not fitting in the text area on the load screen for multiple languages.
• Increased scale of the surrounding box to allow for longer words to be shown.
• Fix for Delete and Copy dialogs not being localized correctly in Save Game Menu
• Misc fixes for localization issues
• Can now traverse through photo albums with keys.
• More nodes, node fixes, etc
• Auto Detect graphics on Startup.
• Fix for View Distance Quality settings.
• Fixes for issues with entering and exiting the mine cart in both free roam and point-n-click
• Gamepad input adjustments
• Adjusted volume levels on some levers and doors in Hunrath test

Obduction is out now on PC for $29.99 and also supports Oculus VR. Be sure to check out our review for the picturesque adventure puzzle game, which is a "very rewarding" experience according to our Francesco De Meo.