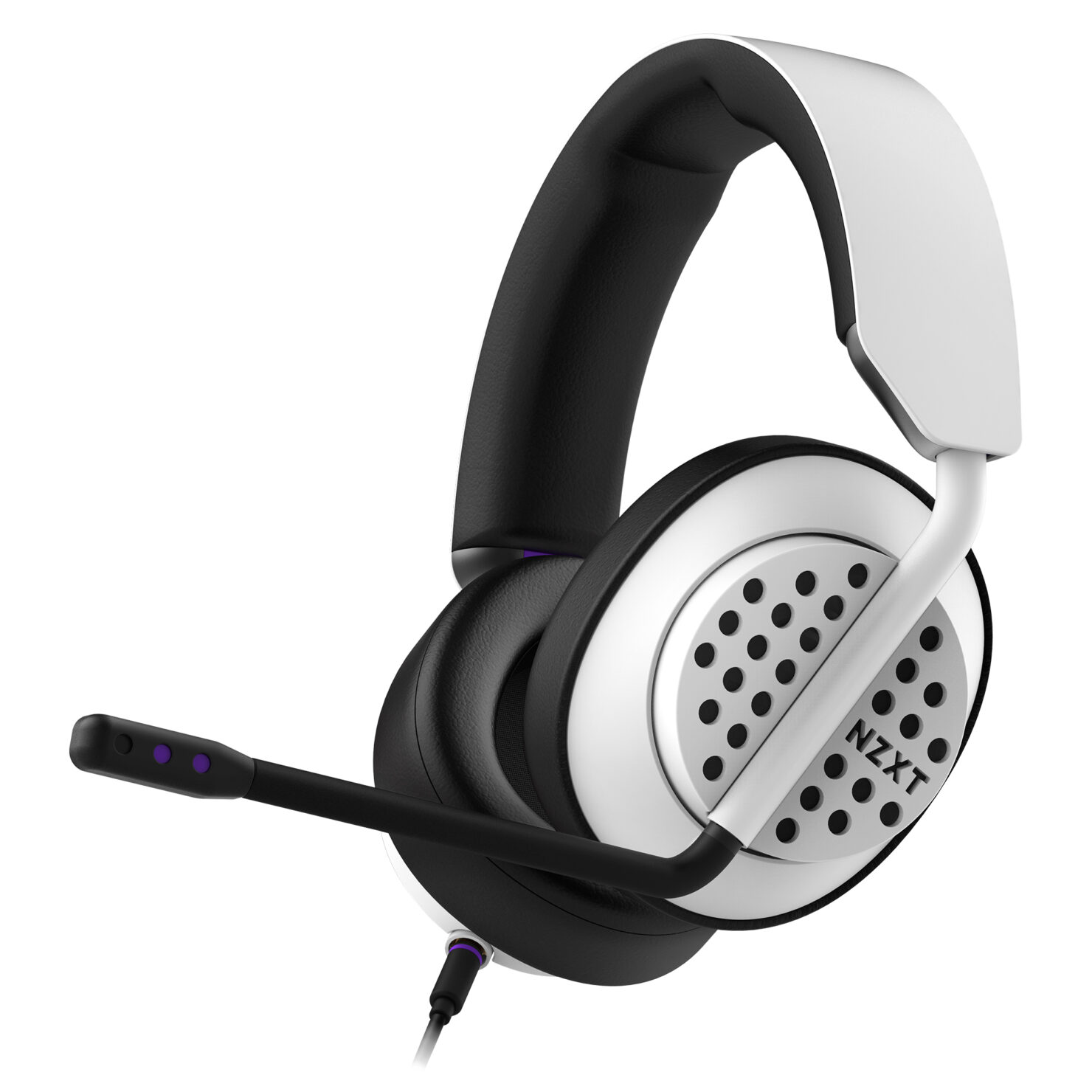 NZXT announced its first lineup of audio products for PC gamers. Among the first wave of announcements were a lineup of products that set off Grammarly’s spellcheck: the AER, MXER and STND devices.

Primarily known for their cases and custom-built PC (BLD) services, NZXT is a name not yet known in the accessory market. Their first announced product aims to target the midrange consumer with the AER series headsets arriving at $129.99 while the other two devices aim to target a much more niche subset of PC gamers. The NZXT MXER and STND will retail at $99.99 and $49.99, respectively. 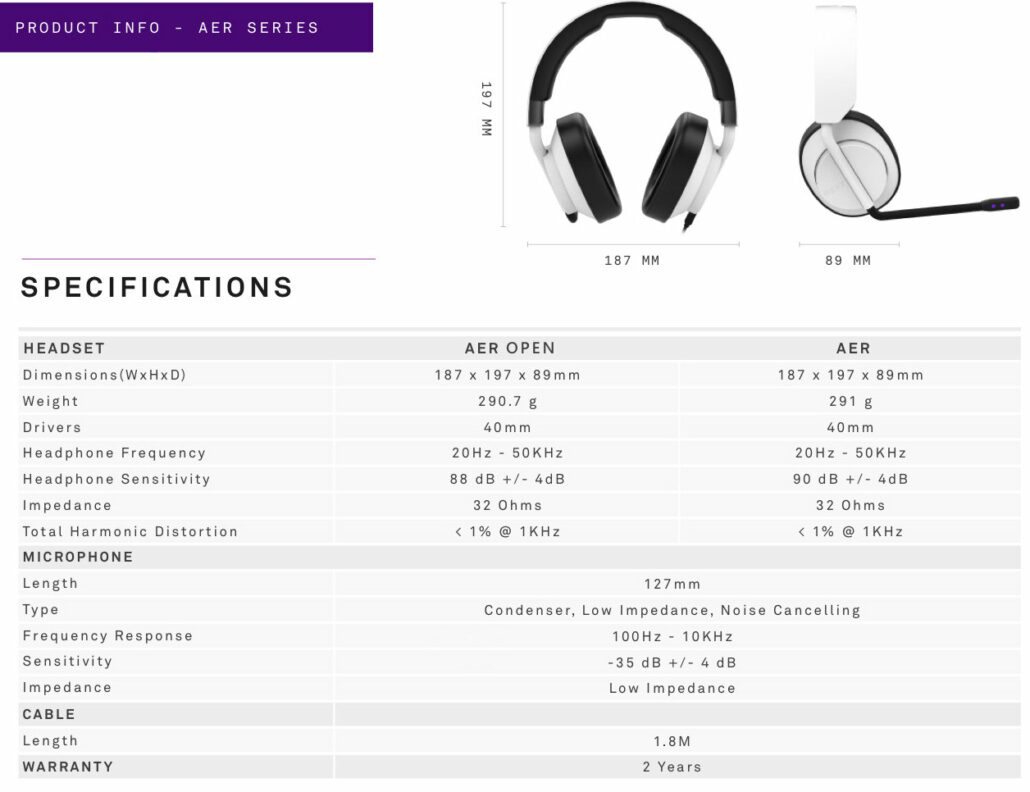 Asking fifty dollars for a headset stand may seem far fetched yet not completely unreasonable in the consumer audio space. If the only thing that NZXT’s STND did was hold up your headset, I wouldn’t bat an eye. However, it’s in the built-in audio switching that makes this headset stand out an essential upgrade for streamers. By setting the headset back on the stand while MXER is connected routes audio back to the speakers, while removing the headset switches audio back to into the headset.

NZXT’s MXER audio control station is the silent workhorse of their audio lineup. Built with a Wolfson DAC within, this audio mixer boasts “high-quality 24bit / 96kHz digital-to-analog conversion [that] ensures sonic accuracy”. The MXER also features integrated Nahimic 7.1 Surround, a virtual surround sound solution that I previewed during CES 2019 and has not-so-silently been partnering up with more hardware manufacturers over the recent months. 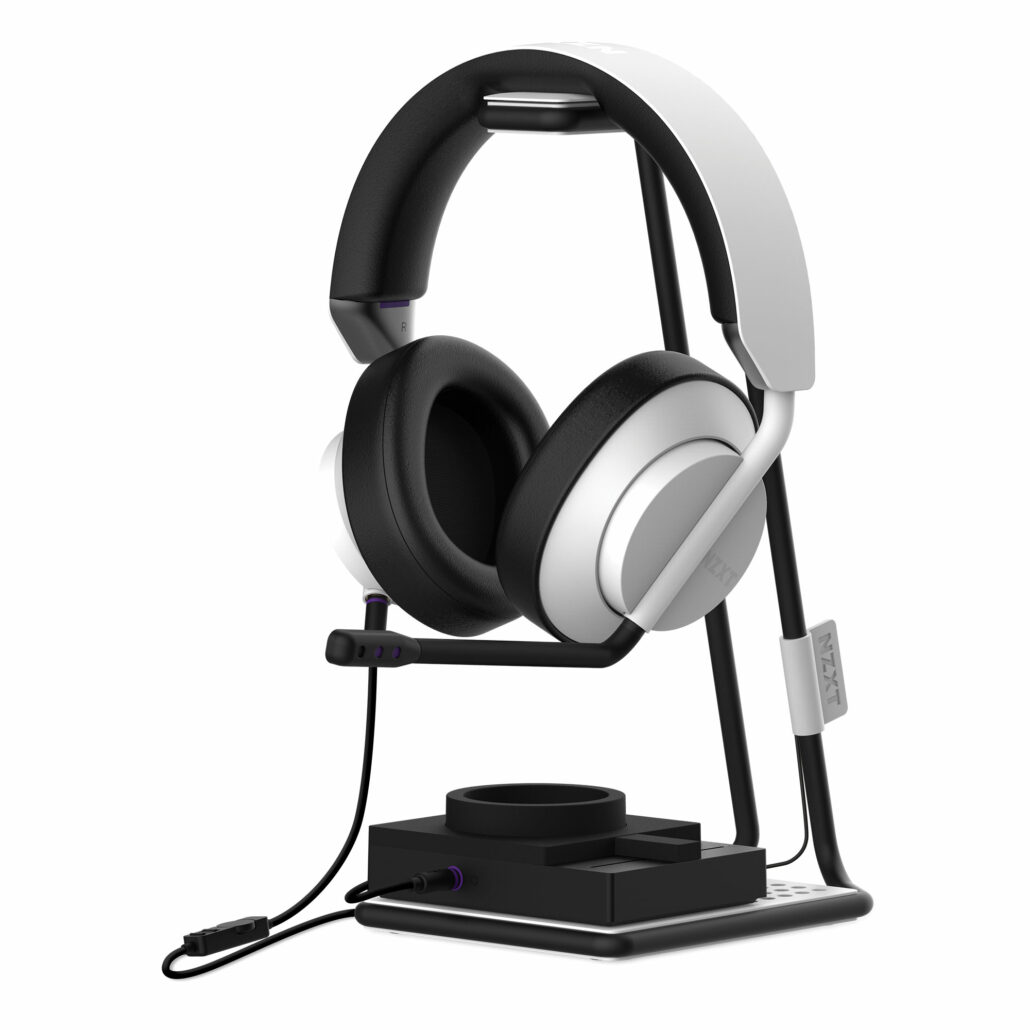 Both the MXER and STND will work in tandem with one another to provide seamless audio switching with full integration to come via NZXT CAM, NZXT’s free PC monitoring software, when the audio suite launches at a later date.

I had the chance to get hands-on with NZXT’s lineup during E3 2019 and was quite impressed with the unique features that separated their audio solutions from some of the more well-known headset manufacturers on the market. The AER and AER OPEN headsets were both lightweight and comfortable to wear during my closed-door appointment with the NZXT team. WIthout much clamping force keeping the headset in place, I didn’t find the earcups to pin down my glasses to the sides of my face as some of the more stiff headsets tend to do.

While pricing for the NZXT lineup for the AER series headsets, MXER control and STND frame have all been announced today, availability and release dates have not. NZXT is currently asking potential buyers to sign up on their product page to receive a notification for when the full audio lineup opens up for pre-order. We will have a full review of all three products in the NZXT audio lineup soon to come.