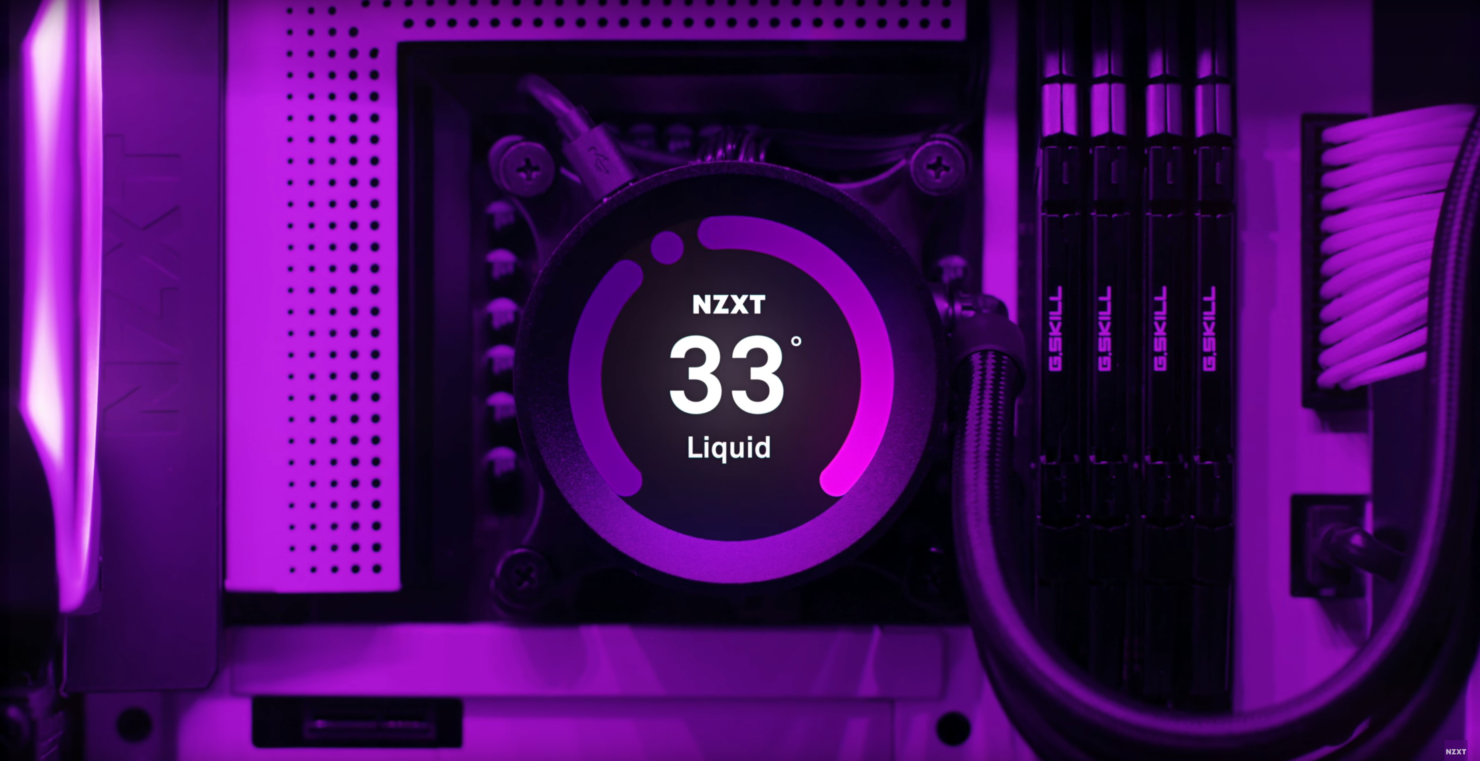 New to the NZXT Kraken ecosystem, the Z-3 series (available in both 280mm and 360mm configurations) is the quintessential centerpiece to the ultimate gaming battle station. A beautiful 2.36”(60mm) LCD screen providing unlimited visual customization, powered by NZXT CAM, is capable of displaying vital system health data, as well as an animated GIF. With unparalleled aesthetics, the Kraken Z-3 series provides builders the opportunity to express themselves in an all-new way.

“The CPU cooler is the centerpiece for every PC Build,” says Johnny Hou, Founder, and CEO of NZXT. “We took great lengths to ensure that the newest generation of Kraken is the most visually appealing and highest performing AIO ever. The possibilities for customization with the Kraken Z are endless and I cannot wait to see what the community does with this potential.”

“When NZXT approached us with ambitions for the ultimate in all-in-one CPU coolers, we knew some of our newest and most exciting technology advancements were an ideal fit to take gameplay to the next level,” said André Eriksen, CEO, and Founder of Asetek. “With our all-new performance engineered pump, the new Kraken all-in-ones provide superior cooling and whisper-quiet operations, plus give builders a platform for unique self-expression.” - NZXT

The refreshed Kraken X-3 series (available in 240mm, 280mm, and 360mm configurations) improves on the iconic RGB infinity mirror design by enlarging the size of the ring. An upgraded cap is now rotatable to ensure the correct orientation of the NZXT logo, accommodating more builds. Additionally, an NZXT RGB channel is built-in to allow for the easy addition of any NZXT RGB products, such as AER RGB 2 fans.

CAM’s elegant, user-friendly software makes you the master of your PC. With simple-to-use, intuitive controls, you can manage your Kraken’s performance and appearance with ease.

Fine nylon mesh sleeves strengthen the rubber tubing, providing durability and protection against mishandling. The pump can be rotated or placed to ﬁt the needs of your motherboard without affecting the direction of the logo or image.

Both the Kraken X-3 and Z-3 series are compatible with mainstream CPU sockets such as Intel’s LGA 1151 and AMD’s AM4, giving builders access to high-performance cooling no matter which platform they choose.