It has just been a day that Nvidia's GF-106 Pictures merged on the net an now we also have pictures of GF-108 revealed. The GF-108 Chip is much smaller than the GF-106 and Nvidia's Entry level graphic cards will be based on it. Partner's of Nvidia have been given a qualification sample of the chip. The die measures around 127 mm² which is 23% larger than the ATI's redwood chip on which the ATI HD 5500/5600 cards are based. 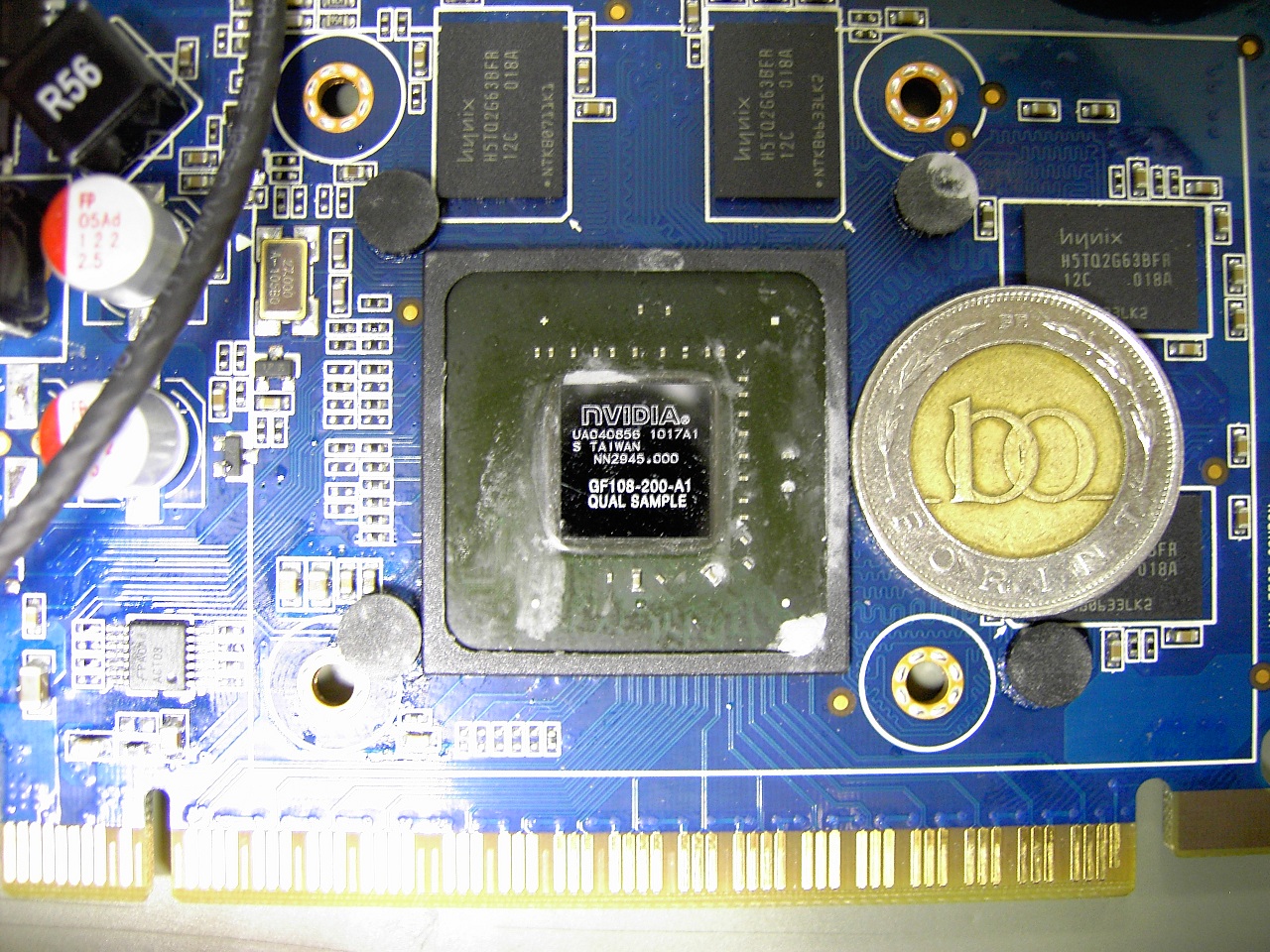 The sample has a plastic supportive-brace and next to it are four Hynix-made DDR3 memory chips. The name of the card has not been revealed yet but it is likely to be compared with the GT 240 series GPU and HD 5500/5600 series in terms of performance.