This month has seen key advances in tech from every side of the tech battle, Intel has Released its Revolutionary Coprocessors, Google is on the periphery of releasing Lime Pie and now NVIDIA has revealed its Next Generation Flagship Kepler Architecture based Mobile GPU Codenamed ‘Project Logan’.  This is the first instance were a mobile SoC will utilize a mainstream architecture (Broadwell SoC anyone?) namely Kepler and early reports indicate ground breaking performance by 2014. 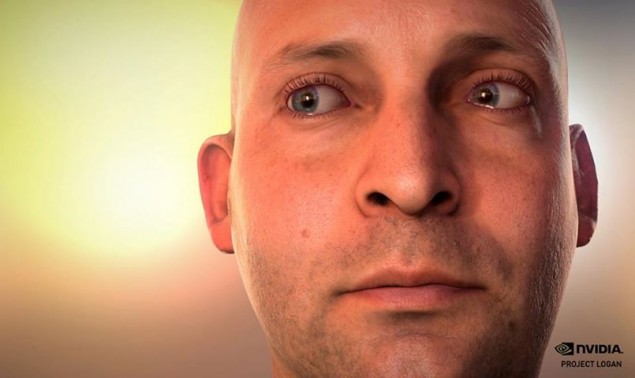 The time is long gone when tech enthusiasts claimed that a mobile device could never reach the visual standard of a desktop device, however factors such as TDP and Power consumption still raise many an eyebrow when companies claim near desktop performance. There is no doubt that in terms of eye candy, current mobile platforms such as Android and PS Vita outclass many desktop devices but when it comes down to barebone power in terms of Polygon limiting and Rendering power, the mobile infrastructure can barely stand on its feet. However in this forecast revealed by Nvidia the Mobile Kepler Project Logan is nothing short of a technological marvel.

NVIDIA first showcased their Logan and Parker SOCs at their press conference at the CES 2013 event. The Logan SOC features NVIDIA's Kepler architecture which is indeed the most scalable architecture ever built by NVIDIA ending up in the most highest performing graphics accelerators all the way down to the mobile and handheld devices and even their own Project Shield handheld console.

NVIDIA, in 2014 launches their Tegra 5 “Logan” SOC which would feature Kepler GPU, Cuda and OpenGL 4.3 support. This would be a drastic improvement over Tegra 4 with an updated Kepler GPU architecture which brings great power efficency and improvement over previous GPU architecture. The GPU is expected to go in production in early 2014 and would be available in 2H of 2014.

Our next-gen mobile processor, Tegra, is called Logan. It has something that we’ve been dying to bring to the world. It incorporates for first time our most advanced GPU, the first mobile processor with CUDA. (This draws wide applause from the crowd.) It has a Kepler GPU, with full CUDA 5, and OpenGL 4.3. We’ll see Logan in production early next year. NVIDIA 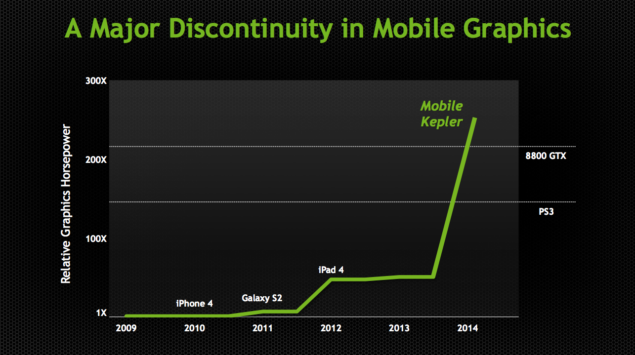 Needless to say if by 2014 Nvidia can truly outperform the PS3 and 8800GTX in the raw horsepower then the gaming industry is in for a big change.

Boasting advanced features such as DX 11, Open GL 4.4, Cuda V5 and even Tessellation all in the power consumption of 2 W makes us wonder just how big of a goldmine is NVIDIA sitting on. The Kepler Architecture is apparently a derivative of the same that was used in making the much acclaimed GTX Titan. If NVIDIA can truly adapt the same architecture to a low power consumption factor while maintain atleast a semblance of its former performance then Project Logan is bound to destroy any competitors in the field of Mobile Gaming, performing in a league of its own. 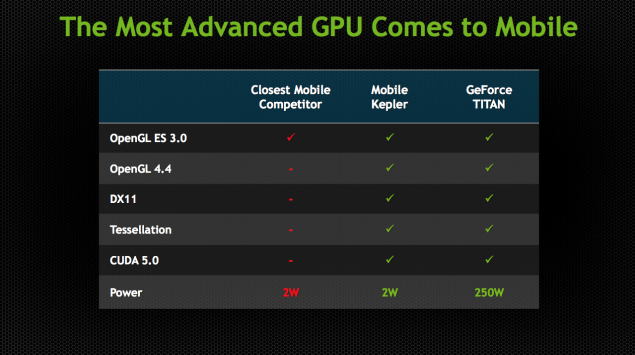 Head over here to watch the complete Project Logan Demo.

Oh and if you think Logan is going to be impressive, wait till you find out what's powering their Parker generation of SOCs. NVIDIA's Maxwell GPU and Denver CPU architectures would be powering the ultimate mobile devices in 2015, two years from now consumers are going to enjoy next gen console like experiences in the palm of their hands which is impressive. NVIDIA also showcased a while ago, their Logan SOC powering a section of Battlefield 3 which can be seen below:

The live demonstration of Battlefield 3 which featured HDR lighting, Rich geometery, dynamic lightning and improved particle effects goes off to show the amazing power NVIDIA’s next gen chips hold and running a high-end game title on a mobile device would be a worth while experience in itself. The Tegra 6 Logan chip was also compared against the Apple iPad  running its own graphical benchmark powered by its Dual Core A6X and Quad core graphics chip however it can be clearly seen that the demo holds nothing against Battlefield 4. NVIDIA also called the iPad graphics “Vintage 1999″. 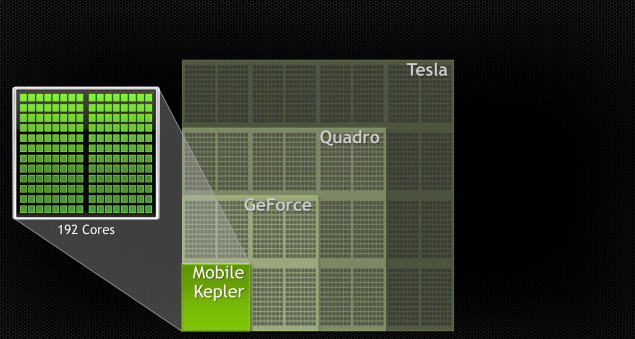