Calxeda, AMD to be Rivaled By Intel’s Broadwell SoC 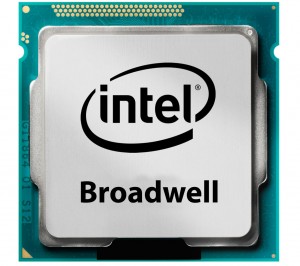 Entering the low-power server market and warding off the main competitor that is Calxeda and AMD, It seems that Intel has decided to take special interest in aspects of production it didn’t explore before. SoC (System on Chip) design is used mainly to cut power consumption and offer a compact solution for low to high end users. The Broadwell SoC will be created with a 14nm process and aimed at the server market where, power efficiency is valued above all. The Xeon processors are aimed at high performance while the Atom equivelants are focused on consuming less electricity.

The First Ever SoC, Calxeda to be based upon current Xeon Architecture

The Broadwell SoC will bridge the gap between these two products. Currently Calxeda with its server-targeted ARM Architecture is the main competitor in the field. As with Bay Trail and Intel’s desire to take it up a notch, It has revealed that it would develop the SoC(System-on-Chip) based upon its Xeon Architecture (Broadwell) which is a first and has never happened before. Intel Atom already has its own micro architecture and its own family of SoC chips but this is the first time that an SoC would use the architecture of the more powerful Xeon chips. 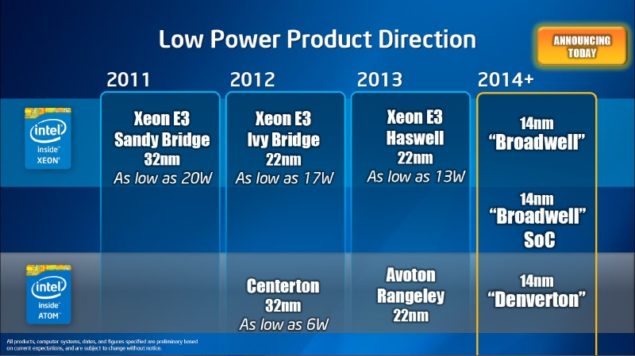 The revealed roadmap also shows that Avaton and Rangeley, Intel Atoms low power solutions, will be replaced by Denverton which like the Broadwell SoC will be made from the 14 nm process. Avaton and Rangeley which belong to the Atom C2000 family will be made with a 22 nm process and will feature a 64bit SoC design while offering out-of-order execution for the first time. The Broadwell SoC will bridge the gap between true Broadwell Xeon Processors and Denverton on the Atomic side, while simultaneously presenting competition to the likes of Calxeda and AMD.

The Broadwell SoC hasn’t been allotted an official class or a name yet though rumors suggest that it will be branded into the Xeon family of processors. Calxeda already faces competition by Advanced Micro Devices which like the former uses low power ARM architecture and now it seems Intel is stepping into the market. 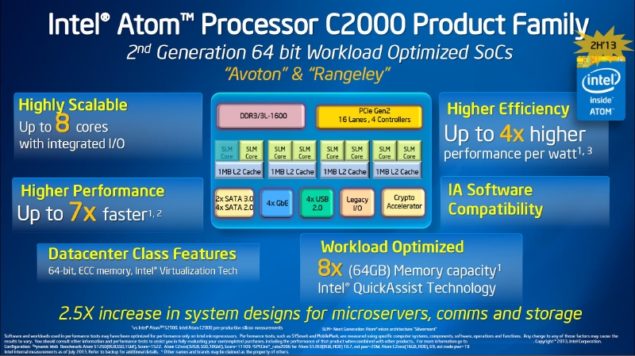