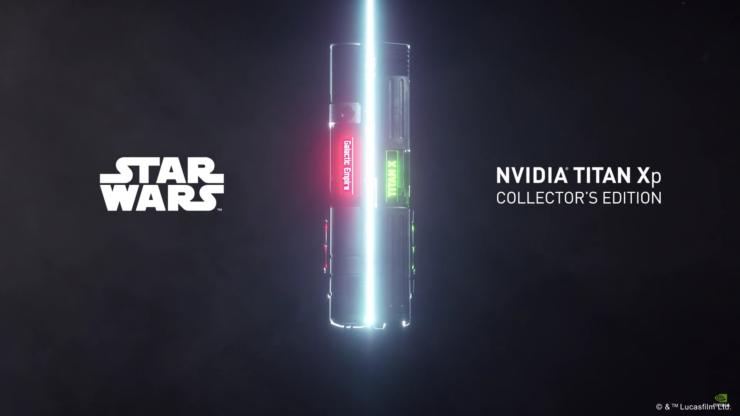 Remember the TITAN Xp Collector's Edition that NVIDIA teased a while ago? Well, turns out it has less to do with an upgraded product and more to do with being an actual collectible - namely that of the Star Wars franchise. It looks like green wants a piece of the action as far as Star Wars is concerned and I can't say I blame them, the target market of both products are pretty similar. The designs and aesthetics on these things are absolutely killer and would make for an excellent collectible if you happen to bee a Star Wars fan (and even if you dont!).

The TITAN Xp Collector's edition features an updated design as well as red or green lighting, which represents the two sides of Star Wars. You can watch the full promo here:

The TITAN Xp has 3840 cores with 547.7 GB/s worth of bandwidth for roughly 142.6 MB/s/core which is a pretty decent gain. The important thing when dealing with an increasing core count is to make sure that the bandwidth available per core doesn’t drop while you scale, and this isn’t the case here – so you can expect some decent returns with the TITAN Xp. It houses the full blown GP102 die. This means you are looking at the full 60 SM configuration with 3840 CUDA Cores. This also means that the compute performance of the card is going to be phenomenal, topping the 12 TFLOPs mark and very easily a 4K 60fps capable gaming monstrosity.

Mac Owners Will Finally Be Able to Experience Upgraded GPU Performance, Thanks to New Pascal Drivers